Chacham Ovadiah Yosef shlit”a is doing fine, boruch Hashem, after inadvertently being cut by a mohel during a bris milah.

Almost every day, a bris milah takes place at 45 Rechov Hakablan, at the bais medrash located adjacent to the home of Chacham Ovadiah Yosef, and Chacham Ovadiah serves as the sandek.

In general, the mohalim are veteran and experienced ones, who have done brisos for years and won’t be affected by the surroundings, the large crowds, or the presence of the great gaon, Chacham Ovadiah.

Those close to Chacham Ovadia say that, generally, baalei simcha are asked to use mohalim such as Rav Oren Yosef or Rav Reuven Elbaz, rosh yeshiva of Yeshivat Ohr Hachaim. 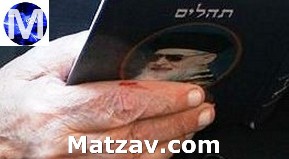 The cut was made on Chacham Ovadiah’s pointer finger on his right hand (see photo). Despite bleeding from the wound, Chacham Ovadiah instructed that the bris proceed until its conclusion. Only then did he go to his home, where one of his relatives tended to the cut.

Following the bris, Chacham Ovadiah went to daven at the kever of his rebbetzin, Rabbanit Margalit, whose 18th yahrtzeit was yesterday.