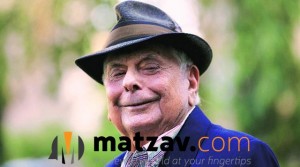 Lt. Gen. Jack Farj Rafael Jacob, a celebrated Indian Army officer who negotiated Pakistan’s surrender in the 1971 war, died in Delhi’s Army Hospital Wednesday morning. He was 92. The general, who played a key role in the war leading to the liberation of Bangladesh, he had no family in India. 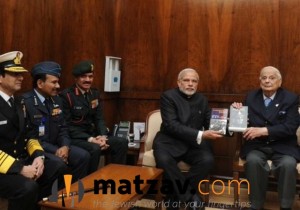 Born in Calcutta in 1923 to a Jewish family with its roots in Iraq, Jacob died a bachelor. Outside his home at B-25 Som Vihar in Delhi’s Vasant Kunj, the watchman told The Indian Express that Jacob had no family in Delhi. As such, there was no one to take possession of his mortal remains Wednesday. A gunner, he had been literally “adopted” by the Corps of Artillery of the Indian Army that looked after him until his death.

Jacob’s next of kin, sources believe, lives overseas, either in Boston or in Canada. The body will be kept in the hospital’s research & referral (R&R) unit until it is sent to Brar Square in Delhi cantonment.

“Jacob was admitted to R&R on January 1. In the past 13 days, no relative came to meet the general,” an Army officer told The Indian Express. “He was suffering from pneumonia and dementia, and memory loss. He was in the ICU of R&R and a chest infection led to his death.”

Defense Minister Manohar Parrikar and Army chief General Dalbir Singh are expected to lay wreaths on the body at Brar Square, the officer said. The last rites have been tentatively planned at the Jewish cemetery on Humayun Road, with full military honours, sources said.

Condolences poured in not only from the government and opposition in India but also from Bangaldesh. “RIP Lt Gen JFR Jacob. India will always remain grateful to him for his impeccable service to the nation at the most crucial moments,” Prime Minister Narendra Modi tweeted. “Lt Gen JFR Jacob & I interacted often. Had a memorable interaction when he presented his autobiography to me.”

Parrikar said, “I will always cherish the memories of working with Lt Gen J F R Jacob during his stint as governor of Goa. May his soul rest in peace.” Jacob has served as governor in Goa and later Punjab.

From the Congress, Sonia Gandhi said, “The country stands proud of his life, work and service to the nation as a soldier and patriot. A brave son of India, his role in the Bangladesh liberation war has a special place in the war history of the world.”

Bangladesh Prime Minister Sheikh Hasina described Jacob as a “valiant soldier of our Great War of Liberation” and said, “The nation with profound respect would remember his contribution to our Liberation War forever.” Bangladesh President Abdul Hamid said, “Bangladesh has lost a genuine friend in his death.”