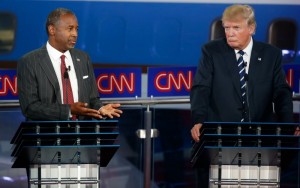 GOP voters in the socially conservative caucus state have seemingly responded to Carson’s controversial comments on religion, bumping him up 10 percentage points since August, while dropping Trump by four. Read more at The Des Moines Register.