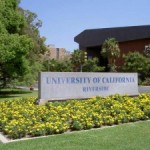 The anti-Israel Brownshirts want to decide who may speak and who may not.

Of the many intellectual perversions currently taking root on college campuses, perhaps none is more contradictory to what should be one of higher education’s core values than the suppression of free speech. With alarming regularity, speakers are shouted down, booed, jeered, and barraged with vitriol, all at the hands of groups who give lip service to the notion of academic free speech, and who demand it when their speech is at issue, but have no interest in listening to, or letting others listen to, ideas that contradict their own world view.

This is the tragic and inevitable result of a decades of grievance-based victimism by self-designated groups who frame their rights and demands on identity politics. Those who see themselves as perennial victims also feel very comfortable, when they express their feelings of being oppressed, in projecting that same victimization outward on their oppressors.

Of course, the issue that most regularly energizes the moral narcissism of campus ideologues is the Israeli/Palestinian debate, and recent events have confirmed that, if anything, activists have been emboldened by the fact that their misbehavior is rarely addressed by administrations in the same way, for instance, that university officials are so quick to do when minority students feel “unsafe” on the University of Minnesota campus in a drive-by racist rant by an anonymous sociopath.

On November 3rd, for example, the University of Minnesota Law School sponsored a lecture by Hebrew University professor Moshe Halbertal, an expert on Israel’s military code of ethics, entitled “Protecting Civilians: Moral Challenges of Asymmetric Warfare.” The lecture was delayed for 30 minutes by the unruly heckling and chants of some 100 protestors from the Minnesota Anti-War Committee and Students for Justice in Palestine (SJP), who indignantly rose from the audience, interrupted, and accused Halbertal of war crimes and complicity in last summer’s Gaza incursion. Chants directed to Halbertal included the customary libels, “These are massacres, not mistakes! These are war crimes! Free, free Palestine!” and “Occupation is a crime, free, free Palestine!,” freeing Palestine, of course, meaning: eliminating Israel and replacing it with a new Arab state.

On November 13th, as yet another recent example, the University of Texas at Austin’s Institute for Israeli Studies hosted an event with Stanford University’s Dr. Gil-Li Vardi, who was to present a study on “The Origin of a Species: The Birth of the Israeli Defense Forces’ Military Culture.” At the event, twelve members of a so-called “Palestine Solidarity Committee,” intent on disrupting the speech, created a human wall in the back of the room with the purpose of not allowing the event to begin. When the vocal protestors were asked to remain quiet and listen to the presentation, they made it patently obvious that they would never even engage in dialogue with the presenter, saying, “You are a former IDF soldier, we do not listen to you.”

Anti-Israel campus activists, and particularly the virulent Students for Justice in Palestine, use the victim mantle to shield their actions from self-examination, feeling that, as representatives of the dispossessed and perennially-oppressed Palestinians, they can adopt any tactic to campaign against Israel, Zionism, occupation, and purported Israeli apartheid. That has meant that at several campuses in the CUNY system this month, for example, SJP used the November 16th Million Student March, a nationwide student demonstration for free public college tuition, to also slander Israel and Jews. The protest, advertised on Facebook by “NYC Students for Justice in Palestine” and other affiliate groups, ascribed, using the tropes of classic anti-Semitism, the financial situation at CUNY to its “Zionist administration [that] invests in Israeli companies, companies that support the Israeli occupation, hosts birthright programs and study abroad programs in occupied Palestine, and reproduces settler-colonial ideology … through Zionist content of education… [aiming] to produce the next generation of professional Zionists.”

So when, with not a bit of self-awareness or embarrassment, these moral narcissists at CUNY accuse the administration of being a sinister cabal of Zionist reprobates intent on promulgating racist policies for the good of Israel and to the detriment of good people like themselves (people who deserve, among other benefits, education without cost); and when they ghoulishly and malignantly shriek, “Intifada, Intifada, long live Intifada,” an unambiguous call for the murder of Jews at the hands of psychopathic terrorists, they should not be indignant, as they generally are, when others—both on and off their respective campuses—use their own freedom of expression to point out how lethal this ideology is, that, despite the fact that its rhetoric is draped in the language of so-called “social justice,” it exposes a malignant double standard in its rage, lethality, and accusatory rhetoric against Israel.

These sanctimonious activists may well feel that they have access to all the truth and facts, but even if this were true—which it demonstrably and regularly is not—it does not empower them with the right to have the only voice to trumpet their ideology and to disrupt, shout down, or totally eliminate competing opinions in political or academic debates. No one individual or group has the moral authority or intellectual might to decide what may and may not be discussed, and especially young, sanctimonious students—whose expertise and knowledge about the Middle East, in particular, is frequently characterized by distortions, lies, lack of context, corrosive bias against Israel, and errors in history and fact.

College administrators regularly give lip service to the enshrined value of academic free speech and robust debate about controversial issues, and that is an admirable goal and an intellectual environment in which scholarship and learning can thrive. But university communities also thrive when they operate with civility and decorum, meaning that when it comes to academic free speech, students and faculty have the right to express their ideas, no matter how controversial, but, importantly, they must also insure that this speech takes place in what the courts in First Amendment cases have referred to as an appropriate “time, place, and manner.”

This means that it was never the intended purpose of academic free speech to enable or permit students, for example, to scream out in protest in classrooms if they disagree with the instructor or merely wish to raise their displeasure with some issue, engage in speech and behavior that would normally be considered to be incitement or harassment or criminal, and, most relevant to this current issue, individuals cannot, under the protection of free speech, deprive another of his or her free speech rights—through disruptions, heckling, physical obstructions, or other tactics which have as their purpose to suppress and/or eliminate the speech of those with opposing views.

Most universities, as a matter of course, have codes of conduct which proscribe inappropriate speech and behavior, and it was never the purpose of academic free speech, from either a legal or moral standpoint, to allow whiny intellectual thugs to determine which ideas could be aired and which could not—a fascistic tactic that has no place in the academy where at least the pretense of scholarly inquiry and debate still remains.

And the other, oft-expressed accusation that counter-speech to this activism is merely a disingenuous effort on the part of Israel’s defenders to suppress Palestinian solidarity and “chill” the free speech of these arrogant, self-righteous activists is yet another attempt to neutralize and eliminate an opposing view, deeming it malicious in its intent and therefore undeserving of attention. Because they most likely know that their arguments and ideology are defective and cannot stand up to the scrutiny that an actual vigorous debate will bring, these champions of free speech in reality wish for that privilege and right to be enjoyed only by them.

“The peculiar evil of silencing the expression of an opinion is,” observed John Stuart Mill in On Liberty, “that . . . [i]f the opinion is right, [individuals] are deprived of the opportunity of exchanging error for truth: if wrong, they lose, what is almost as great a benefit, the clearer perception and livelier impression of truth, produced by its collision with error.”

True intellectual diversity — the ideal that is often bandied about but rarely achieved — must be dedicated to the protection of unfettered speech, representing opposing viewpoints, where the best ideas become clear through the utterance of weaker ones. Universities, if they truly believe that academic free speech helps achieve “the clearer perception and livelier impression of truth,” must insure that rights to expression are not trampled on by those whose ideology is so virulent that they are unable, and unwilling, to, as Mill put it, “exchange error for truth.”

Richard L. Cravatts, PhD, President of Scholars for Peace in the Middle East, is the author of Genocidal Liberalism: The University’s Jihad Against Israel and Jews.