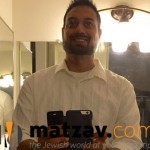 Syed Rizwan Farook was heavily involved in his local mosque and focused his energies on memorizing the Quran, he wrote in a short-lived dating profile in 2013.

“I spend much of my free time in the masjid,” Farook, then 28, wrote on his profile for the dating site, BestMuslim.com. He also enjoyed “memorizing the quran and learning more about the religion,” he added.

Farook and his wife, 27-year-old Tashfeen Hakim, killed 14 people at a holiday party being held for county workers at Inland Regional Center in San Bernardino, Cal. on Wednesday. Farook worked as a health inspector for the county and had been at the party before he and Hakim began their attack.

The couple was killed during a shootout with police later on Wednesday. They had four guns, investigators have said. And though authorities have not officially classified the attack as terrorism, more evidence is pointing in that direction.