It has emerged that the bus driver involved in yesterday’s deadly crash on Highway 1 was involved in a very similar incident on the same route two years ago.

In 2013, Chaim Bitton, the driver of the Route 402 bus, crashed into a truck, overturning the vehicle, on Highway 1.

In that accident, a few people were hurt and Bitton was subsequently banned from intercity routes by Egged. About a month ago, the ban was removed and Bitton resumed the Egged Bus 402 route between Yerushalayim and Bnei Brak. 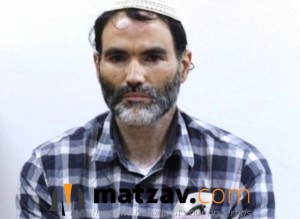 The driver of the truck, which was parked on the side of the road, said he was having some auto trouble and pulled over to check his engine. The truck driver is an Arab from East Jerusalem.

Bitton says that he didn’t notice the truck, leading to the crash when he swerved and hit it.

The Yerushalayim Traffic Court extended Bitton’s remand this morning to allow further examination of the events surrounding the accident. Bitton has been charged with death by negligence in the deaths of the six passengers.