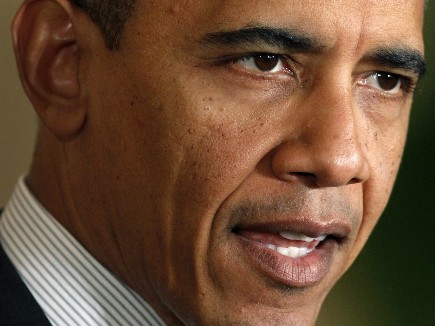 Today, the US president appeared in the Rose Garden to declare that he has the authority to strike Syria in a limited way to punish the regime for its barbaric use of chemical weapons. And he will strike Syria – but has decided to seek Congressional authorization before he strikes Syria.

On the face of it, this is literally nonsensical. If Obama has the authority, he does not need Congressional authorization, and since he is characterizing his need to act in moral terms, a useful punitive strike in the midst of a civil war in which thousands can be killed in a day must as a moral matter be undertaken as soon as possible in order to punish the regime and degrade its ability to kill its own people at will. Instead, he has declared his intention to wait until Congress comes back in session-in eight days-and then debate the matter for a couple of days and then vote. At which time he will act. Unless of course it votes against him. In which case…what? He has said he has the authority to strike; what does he do then?

Some people compare foreign policy to a game of chess. Barack Obama is playing 52 pick-up.