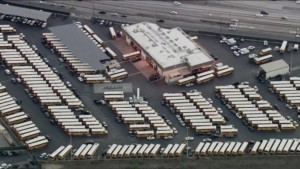 The closings are out of “an abundance of caution,” the LAPD said.

A senior law enforcement official told ABC News the threat was not serious and the LAPD is not on tactical alert. The threat is not connected to any previous threats or the San Bernardino investigation, the official said.

An electronic threat was received this morning mentioning the safety of the schools, officials said at a news conference today. The threat is still being analyzed, officials said.

All schools will be searched by the end of the day, officials said.

LAUSD enrolls more than 640,000 students at over 900 schools and 187 public charter schools, according to its website. “The boundaries spread over 720 square miles and include the mega-city of Los Angeles as well as all or parts of 31 smaller municipalities plus several unincorporated sections of Southern California,” the website says.