A driver swerved a van onto a pedestrian area Thursday in Barcelona’s historic Las Ramblas district, ramming into crowds and leaving at least 13 people dead and more than 50 injured scattered along a stretch of tree-shaded sidewalk. Authorities described the incident as a terrorist attack.

Joaquim Forn, the interior minister of the Catalan regional government, confirmed the casualty toll in a Twitter message.

Some of those injured were in serious condition, raising the possibility that the death toll could rise.

Spanish police did not immediately give details on the driver or other aspects of the incident.

Regional police arrested one man in connection with the attack, Catalan police authorities announced on Twitter, without offering additional identification. They said there was no hostage situation in a bar in the city center, denying rumors that quickly spread in the confused hours after the van plowed through the crowd.

Cities around the world have been on higher alert for vehicle-linked attacks after terrorist crashes in London, Stockholm, Berlin and other places in the past year.

Islamic State supporters celebrated the Barcelona attack on Thursday and promoted previous threats made against Spain, but the group did not immediately issue a claim of responsibility, according to the SITE Intelligence Group, which monitors extremist activity.

The Islamic State, also known as ISIS, has called on supporters to carry out attacks using vehicles. The group has claimed responsibility for car attacks carried out in Europe, as well as on the campus of Ohio State University last year.

The attack drew offers of assistance from around the world, including the United States.

“The United States condemns the terror attack in Barcelona, Spain, and will do whatever is necessary to help. Be tough & strong, we love you!” President Trump wrote on Twitter.

Secretary of State Rex Tillerson said U.S. authorities would offer any help they could.

Video posted on social media showed at least four people sprawled on the sidewalk, some apparently not moving. Hats, handbags and other items were strewn nearby. Some people ran screaming from the scene.

The white van that veered into the pedestrians came to stop with its front scratched and crumpled.

“All of a sudden, the police just shouted at everyone, telling them just to run. There was a really loud kind of crashing noise. I didn’t stop to look back,” Ethan Spieby, a witness caught up in the commotion, told the BBC.

He said he was holed up in a church with about 80 tourists and locals. “They have locked the doors, and I think the police are outside. We’re just waiting in here right now to hear more news. It’s quite scary to be caught up in it.”

Andrew Roby, 35, a tourist visiting from Washington, told The Washington Post he saw a small white van that had plowed into pedestrians on the busy central street, lined with bars, cafes and shops. “All of sudden, everyone started running, so we ran, too.”

Roby said he saw several people, apparently wounded, lying in front of and beside the van. “We saw people on the ground. . . . I heard a bunch of people screaming.”

Tom Markwell, another American tourist, told the BBC that he saw a white van “going entirely too fast. It looked to me as if he was going left to right, hitting people with the little stand. . . . All of a sudden, people were just screaming and running.”

Police immediately cordoned off the area in the center of Barcelona. Stores and restaurants were ordered closed.

Las Ramblas is one of the city’s top tourist zones, with a wide pedestrian promenade flanked by roadways on either side.

The bustling avenue in the heart of Barcelona was packed with tourists at the height of vacation season. Spain has been largely spared major terrorist incidents since a 2004 attack on the Madrid commuter train system, but authorities have been concerned about terrorist risks for some time as neighbors were repeatedly struck.

The Catalonia region of Spain has also faced repeated terrorist attacks over decades from the ETA Basque separatist group. Catalonia is planning an independence vote Oct. 1 over the objections of the national government in Madrid, which says it is unconstitutional.

In July 2016, a truck was driven into Bastille Day crowds along a seaside corniche in the southern French city of Nice, killing 86 people. In December 2016, 12 people were killed when a driver used a hijacked trick to drive into a Christmas market in Berlin.

In March, a man in a rented SUV plowed into pedestrians on London’s Westminster Bridge, killing four people before he ran onto the grounds of Parliament and fatally stabbed a police officer. A month later, a rejected asylum seeker from Uzbekistan crashed a truck into a department store in Stockholm in an attack that left five people dead. 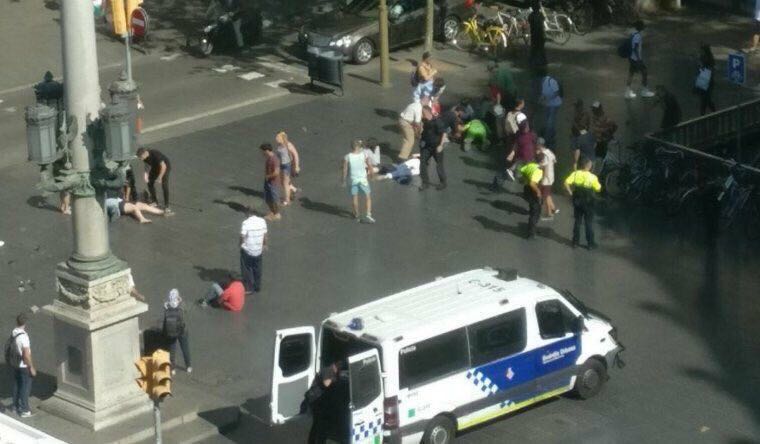 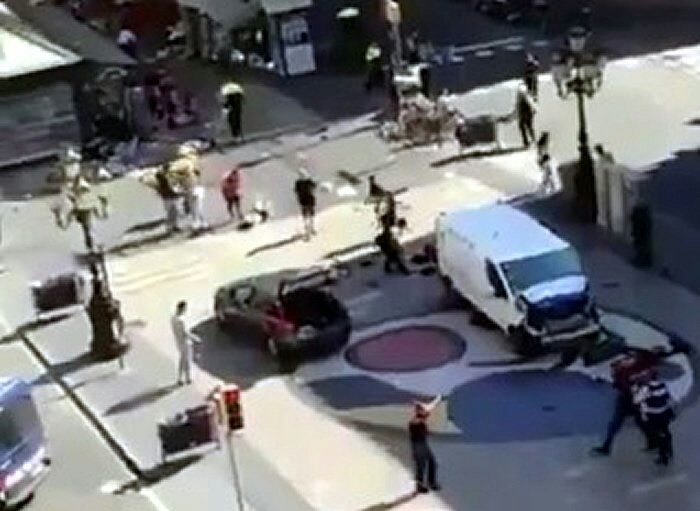 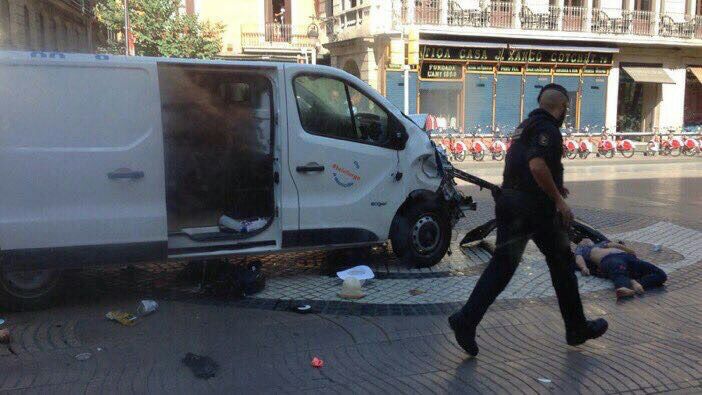