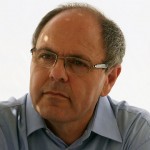 Brazil is not planning to approve the appointment of Dani Dayan as Israel’s Ambassador, says senior official, Arutz Sheva reports.

Brazil is not planning to cave in to pressure from Israel and approve the appointment of Dani Dayan as Israel’s Ambassdor to Brasilia, Reuters reported Sunday.

Brazilian government officials declined to comment on whether Brazil’s President Dilma Rousseff will accept the nomination of the Argentine-born Dayan, but one senior Foreign Ministry official told the news agency, “I do not see that happening.”

The official, who asked not to be named because he was not authorized to speak on the matter, said Israel would have to choose a different envoy because the choice of Dayan has further worsened relations that turned sour in 2010 when Brazil decided to recognize Palestinian statehood in the Judea, Samaria, eastern Yerushalayim, and Gaza, Arutz Sheva reports.

Dayan’s appointment as Ambassador in Brazil was approved in Israel more than two months ago, but has been continuously ignored by Brasilia.