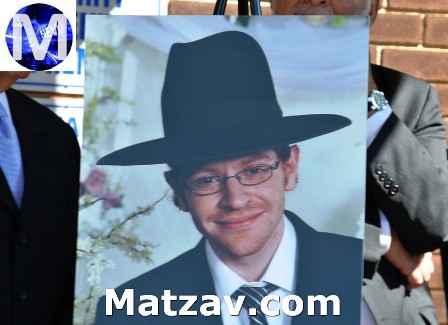 It is with great sadness that we report that the body of Aharon Sofer has been found in the Yerushalayim Forest.

Aharon had been missing since Friday, when he went hiking with a friend in the Yerushalayim Forest. At some point during the hike, Aharon and his friend became separated, with Aharon never emerging.

Aharon, who was 23, was a talmid of Rav Tzvi Kaplan’s Yeshivas Kodshim in Yerushalayim.

Aharon’s parents, Reb Moshe Tzvi and Mrs. Chulda Sofer of Lakewood, NJ, had flown to Eretz Yisroel to be on scene as hundreds canvassed the forest and surrounding area ins earch of their son.

It appears that Aharon fell off a cliff as he attempted to find his way out of the forest.

Sources indicate that there was no terror-related activity or foul play involved in this tragedy.

The Yerushalayim Forest – a pine forest surrounded by the Yerushalayim neighborhoods of Beit Hakerem, Yefeh Nof, Ein Kerem, Har Nof, Givat Shaul, and Beit Zayit – is actually not that large. The forest was planted during the 1950s by the Jewish National Fund. At its largest, the forest extended over about 4 square kilometers. Over the years, it has shrunk due to urban expansion. Today it covers about 1.2 square kilometers.

On Tuesday, after Aharon was missing for four days, a large-scale press conference was held in Lakewood to bring attention to Aharon disappearance. Coverage in national and international news outlets over the passed few days brought additional exposure, as Zaka, Ichud Hatzolah, the Israeli Police, the Shin Bet, and others assisted in the search.

Aharon, who turned 23 this week, is survived by his parents, Reb Moshe Tzvi and Chulda; by his nine siblings; and by an extended family and friends.