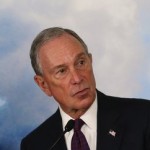 “I want the public to know what they’re doing,” Mr. Bloomberg said. “It’s very bad for everybody.”

“These four attorneys general are trying to stop the president from doing something that I think is terribly important,” Mr. Bloomberg said in a telephone interview. “I want the public to know what they’re doing.” Read more here.