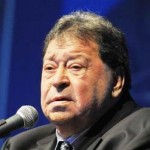 Former Minister of Defense and MK Binyamin Ben Eliezer will be tried on charges of bribery, money laundering, fraud and breach of trust, and tax violations, after his plea at his hearing was rejected. An indictment was filed this morning in the Tel Aviv District Court by the Tel Aviv District Prosecutor (taxation and economics).

The first count concerns $400,000, described as a “loan,” which Ben-Eliezer received from businessman Avraham Nanikashvili. In return for this “loan,” Ben-Eliezer is suspected of promoting the interests of Shemen Industries Ltd. (TASE;SHMN), controlled by Nanikashvili and his partner, Jacky Ben-Zaken.

It is suspected that when Ben-Eliezer was Minister of Industry and Trade, he cooperated with his then-bureau chief, Ayelet Azulai, in pressuring the Israeli Petroleum Council, an agency under the authority of his ministry, to improve Shemen’s chances of receiving a drilling license for the Med Ashdod site. In addition, Ben-Eliezer testified on Nanikashvili’s behalf in a legal proceeding, for which he is suspected of fraud and breach of trust.

Ben-Eliezer was always known for his close connections with the leadership of the security forces and the government of Hosni Mubarak in Egypt. In the second count, Ben-Eliezer is suspected of contacting the Egyptian consul a number of times, including when he was Minister of National Infrastructures, Energy, and Water Resources, in an attempt to persuade the Egyptian government to grant permits to employees of a company dealing in textile chemicals owned by businessman Roi Mutzafi. It is suspected that Mutzafi gave Ben Eliezer NIS 760,000.

Ben Eliezer is also accused of exerting pressure on Mutzafi on another occasion to give him NIS 1.2-1.3 million to help him buy his luxury apartment in Jaffa (priced at NIS 8.5 million), although the money was never given.

As part of the count concerning money laundering, during early to mid-2012, Ben-Eliezer is suspected of holding foreign currency worth NIS 2.1 million and asking an acquaintance to convert this money into shekels in order to prevent identification of the money with its real owner.

The breach of trust count concerns false reporting in the declaration of capital provided by Ben-Eliezer as part of his duty as an MK by allegedly omitting his “cash” assets from the declaration.

The tax violations attributed to Ben Eliezer concern a suspicion that he failed to submit annual reports to the income tax authorities in 2007-2013 in order to evade taxes.

Ben Eliezer’s lawyer, Advocate Dr. Jacob Weinroth, who joined the defense team, said in response, “We’re studying the material. We believe in our client’s innocence, and we’ll deal with the allegations in court.”