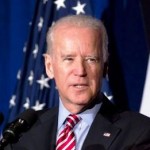 Vice President Joe Biden has ruffled feathers again, calling on Israel to stop the demolition of homes of terrorists’ families, which he described as “collective punishment.”

Biden also criticized expansion of Jewish settlements “in the West Bank and East Jerusalem” and called on the government to do more to stop “vigilante justice” attacks against Palestinians, Haaretz reported.

Biden was speaking at a noon plenary yesterday at the Brookings Institution’s Saban Forum being held at the Willard Hotel in Washington DC. His speech ignored the upcoming elections, focusing instead on America’s bedrock support for Israel and the “tactical disagreements” that “should be honestly discussed between friends.”

He said that both he and President Obama feel that “we have an obligation to match the steel and the spine that the Israeli people show when it comes to the country’s security.” Biden said “there was no daylight between us when it comes to Israel’s security.” He said that the Obama administration had provided Israel with over $17 billion in aid since it came into office six years ago, including a billion dollars for the Iron Dome anti-missile system, according to Haaretz.

Biden’s speech included his usual gushing expressions of love and support for Israel and for Netanyahu “although we drive each other crazy.”