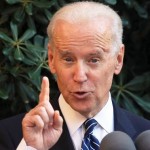 Vice President Joe Biden apologized on Yom Kippur to Turkish President Recep Tayyip Erdogan, who was angry over comments in which Biden said Erdogan had admitted that Turkey had made mistakes by allowing foreign fighters to cross into Syria.

Erdogan denied ever saying that and told reporters in Istanbul before Biden’s apology that he “will be history for me if he has indeed used such expressions.”

Biden spoke with Erdogan by phone on Yom Kippur, the White House said.

“The vice president apologized for any implication that Turkey or other allies and partners in the region had intentionally supplied or facilitated the growth of ISIL or other violent extremists in Syria,” the White House said, referring to an acronym for the Islamic State group. Read more at ABC NEWS.