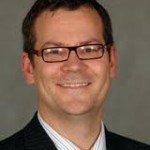 Kahl previously served as the top civilian Pentagon Middle East advisor for former defense secretaries Robert Gates and Leon Panetta from 2009-2011. In 2012, he was reportedly responsible for removing language from the Democratic Party platform that stated, “Jerusalem is and will remain the capital of Israel.” After pro-Israel criticism, President Barack Obama reportedly directed the Democrats to reinstate that sentence, which was in the party’s 2008 platform. But in practice, U.S. administrations led by both Democratic and Republican presidents have not officially recognized Jerusalem as Israel’s capital for several decades.

“I don’t think there was any intention by the drafters to signal any change in U.S. policy,” Kahl told Foreign Policy magazine’s blog The Cable at the time. “Clearly, it was misinterpreted that way. So the president intervened to correct the record and they changed the platform. We are where we are. We should move on. The platform is changed.”

Regarding Iran, when Kahl was a senior fellow at the Center for a New American Society think tank, he co-authored a report titled “If All Else Fails: The Challenges of Containing a Nuclear-Armed Iran,” which argues that “prevention-up to and including the use of force-could fail, leaving Washington with little choice but to manage and mitigate the consequences of a nuclear-armed Iran.”