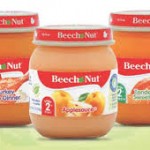 In an interview in Mishpacha’s current issue, the co-owner of First Choice baby foods tells of his impetus for starting his business:

“I’m a chassidishe guy – I got married at 19. We had a baby, and when we went to the grocery store, my wife took the Beech-nut jar off the shelf – that’s all they had. I said, “Let’s try to get one with a better hechsher. You get water with a hechsher, salt with a hechsher – why not this?“

My opinion may not count. I have been known to buy water without a hechsher. But when faced with the choice of competing hechsherim, I will usually prefer the OU insignia to that of a mom-and-pop outfit.

It’s been decades since I last heard OU kashrus characterized as run by a bunch of modernish rabbis who spend most of the day mixed swimming with their wives who don’t cover their hair, and got semicha through a multiple-choice test. It wasn’t true back then, and it is certainly not true today.

Having had many friends who worked in kashrus, I’ve heard all the stories – the good, the bad, the ugly. I know that anyone who walks into the daily mincha minyan of the OU mashgichim has to be impressed by their yiras shomayim, their credentials as talmidei chachamim, and the diversity of yeshivos from which they came. I know that many kashrus decisions today require technical skills to analyze complexities of modern food technology. The new guy on the block just doesn’t have the experience and access to specialists that larger outfits like the OU has. And I would never, ever want to trust a for-profit kashrus organization (i.e. where the mashgichim or administrators gain or lose depending on whether a particular account is retained) when I could chose a hashgacha like the OU in which pecuniary gain is not a direct issue. I also appreciate the fact that the top of the halachic pyramid at the OU is occupied by two recognized authorities, not one. Add to that some items that the small guys don’t provide – the transparency about policies, access to mashgichim, and a data base of issues and answers.

Unfortunately, while no kashrus agency has a perfect record, the stories I’ve heard about some of the smaller operators leave me even more committed to the OU. These include the selection of personnel by some of the other agencies on the basis of beard length and nusach davened, rather than competence. Or, when faced with the really intractable problems, having to go elsewhere for advice and for important ingredients – usually to the OU!

Always eager to learn, I looked to the rest of the article to find out what makes some other hechsher better than that of the OU. When nothing showed up, I went to the “About” section of the company’s website. Nothing there either about wanting to offer a product with a “better” hechsher than the OU. I did learn, however, that the company’s products are under the supervision of the OU. (They are also serviced by several other agencies, all of whom charge for their overlapping services. Kashrus, it seems, has become more partisan than a congressional joint subcommittee meeting. The costs of having multiple hashgachos, of course, are passed on to the consumer. Insisting on “better” hechsherim than the OU has a price – and we, the consumers pay it.)

While I have little use for water with a hechsher, I would guess that HKBH loves the dedication of the individual consumer who insists on what he or she believes are hidurim in kashrus. I am staking a lot on a conviction that He also appreciates those with a dogged commitment to the bottom line in Shulchan Aruch that does not demand those hidurim as a matter of law, and to the approach of many sugyos in Chulin where Chazal permitted entire classes of foodstuffs – without supervion at all – because they considered any objections to be not of real halachic concern.

I don’t believe for a second, however, that it is ever appropriate to go for the hidurim at the expense of basic competence. I’ll go with the OU.

Likely, the interviewee who uttered those few ill-considered words was just having a bad day.

Must have been something he ate.