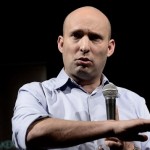 Israel has proved that terrorism can be defeated, and the world should follow its example, said Israeli Education Minister Naftali Bennett in an op-ed in the Wall Street Journal this week.

Writing in the wake of Friday’s ISIS attacks against soft targets in Paris that killed 129 people, Bennett, who is also the head of the right-wing Jewish Home Party, said the first decision that must be made is to fight back.

Bennett said the West must be willing to deploy soldiers on the ground against ISIS strongholds, which he said cannot be properly overrun by distant air strikes and drone attacks. “I know that ‘boots on the ground’ is a scary phrase and that the Western world has gotten used to sterile attacks. But we need to be honest — while these attacks hurt ISIS, they will not destroy it,” he wrote.

The Israeli education minister, who was a commander in Israel’s elite commando unit, Sayeret Matkal, said the West should look to Israel’s 2002 Operation Defensive Shield, which was launched to put an end to the spate of devastating Palestinian terrorist attacks launched during the Second Intifada that killed hundreds of Israelis.

“Within weeks of the operation, the number of attacks and Israeli casualties dropped by more than 80%, and while it took time, we eventually succeeded in bringing suicide attacks down to zero,” wrote Bennett.

“What Israel did in 2002 is a model for how terror can be defeated. Soldiers may be put in harm’s way, but the number of civilian lives saved will be much higher,” he wrote.

Bennett said that Europe, unlike the US, was “especially vulnerable to terrorists who may hide among the refugees pouring across its borders,” referring the refugee crisis pouring out of Syria largely as a result of the almost five-year sectarian war there.

He also called on Europe to boost intelligence-sharing both within and without the continent, adding that Israel could be helpful in that regard given its physical proximity to terrorist groups such as ISIS, Hamas and Hezbollah — whose military arm, now largely occupied militarily in Syria, is a designated terror group by the EU.

Bennett’s call on the world to follow Israel’s example in defeating terrorism came hours before terrorist attacks on Thursday that killed two Israelis in Tel Aviv and two Israelis and one American tourist in the Gush Etzion settlement bloc on Thursday. These were the latest in an ongoing surge in terrorist attacks against Israelis that have continued almost unabated since mid-September.