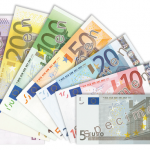 The SWIFT international banking network announced on Monday that it is rejecting calls from pro-Palestinian groups to boycott Israeli banks from its network.

Proponents of the Boycott, Divestment and Sanctions (BDS) movement have been trying to convince the Brussels-based banking network, which controls more than 80 percent of global financial transactions and secured electronic money transfers, to exclude Israeli banks in response to Israel’s “occupation” of Judea and Samaria and “war crimes against the Palestinians.”

“SWIFT will not make unilateral decisions to disconnect institutions from its network as a result of political pressure. SWIFT regrets the pressure, as well as the surrounding media speculation, both of which risk undermining the systemic character of the services that SWIFT provides its customers around the world. As a utility with a systemic global character, it has no authority to make sanctions decisions,” SWIFT said in a statement.

In 2012, the banking network decided to disconnect 25 Iranian banks as part of European Union sanctions on the Islamic Republic.

“Any decision to impose sanctions on countries or individual entities rests solely with the competent government bodies and applicable legislators. Being EU-based, SWIFT complies fully with all applicable European law,” the statement said.