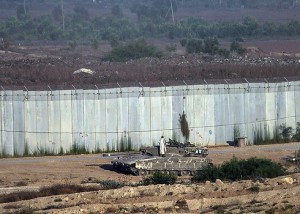 An IDF soldier was killed early this morning as Israel continued its ground incursion into Gaza Strip, and five other soldiers sustained light to moderate wounds in separate incidents.

According to the IDF, Ynet reports, the event in which the soldier was killed took place at in the northern part of the strip at roughly 3 am and the possibility he was killed by friendly fire is being examined.

According to the IDF, since 8 pm Thursday until 6 am Friday morning, over 143 targets were hit, including some 20 rocket launchers.

A senior IDF source told Ynet that “there were altercations overnight but we are progressing as planned. As of now, some 14 terrorists were killed in targeted attacks on rocket launching cells.”

The IAF meanwhile continued airstrikes in Gaza, hitting 11 terror targets in the span of two hours.