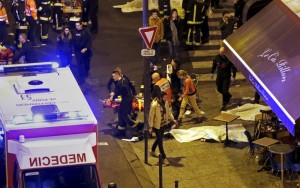 One of the two suicide bombers in Paris that have been identified by police was previously charged with terror offenses and was a known person to Interpol.

Samy Amimour had been placed under investigation in 2012, years before the bombing on Friday, for terrorism conspiracy.

Just a year after, he was also the subject of an international arrest warrant from Interpol. His family alleges that he traveled to Syria two years ago after failed attempts to get to Yemen. Read more at the International Business Times.