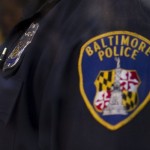 Baltimore, MD – At approximately 5:30 PM this evening, a concerned citizen in the of Benhurst/Templegate area notified Shomrim of a suspicious person described as a very dark Black male approximate height 5-8/5-10 between 18-24 with a stocky build scouting out the neighborhood.

The community is on edge again as yet another member of the community was robbed at gunpoint. This is the second mugging in three days.

The mugging occurred around 11:00PM on Temple Gate Road.

The victim was reportedly in his driveway exiting his car, when two African American males stuck a gun in his face and demanded the man’s wallet. They made off with the wallet, credit cards, license and his cell phone

Baltimore Police and Shomrim are canvassing the area looking for the suspects, who fled the area on foot.