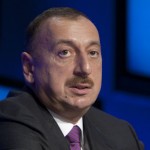 What started as a marriage of convenience has netted Israel its closest Muslim ally.

The majority Shiite nation of Azerbaijan is the biggest supplier of oil to Israel, which reciprocates by selling sophisticated arms including missile systems and drones. While the flow of oil in exchange for advanced weapons is the backbone of the alliance, a confluence of interests is propelling the former Soviet republic on the Caspian Sea closer to Israel, often in defiance of discontent at home and dismay among neighbors Iran and Turkey.

Tested by Israel’s 50-day military offensive in the Gaza Strip, which sparked protests among Azeris, President Ilham Aliyev is throwing his lot in with Israel to maintain a military edge in a quarter-century-long conflict with Armenia. Azerbaijan, which together with Armenia also buys Russian weapons, benefits from access to advanced technology from Israel as part of $3.7 billion in annual spending on rearmament.

“Aliyev is not easily budged by foreign pressure on national strategies,” said Brenda Shaffer, who’s served as an adviser to Israel’s Ministry of Energy and Water Resources and is now a professor and visiting researcher at the Center for Eurasian, Russian and Eastern European Studies at Georgetown University in Washington. “Azerbaijan is very serious about the sanctity of contracts. It has never reopened its international contracts in the energy sector.”