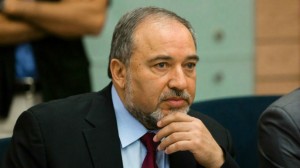 Lieberman’s comments came after Abbas suggested on Friday that Jews should be banned from the Har Habayis in Yerushalayim.

In a speech quoted by the official Palestinian news agency WAFA, Abbas said Jewish “settlers” should be prevented from entering the site “by any means.”

“This is our Noble Sanctuary. … They have no right to enter and desecrate it,” Abbas said.

On Saturday, Abbas raised his level of vitriol, referring to Jews who visit the Temple Mount as a “herd of cattle.”

Later on Saturday, Lieberman said that Abbas had again revealed his true face as a “Holocaust denier who speaks about a Palestinian state free of Jews.” The foreign minister added that Abbas was and remains an anti-Semite.

“Behind the suit and the pleasantries aimed at the international community, he is raising the level of incitement against Israel and the Jews and is calling for a religious war,” Lieberman said.