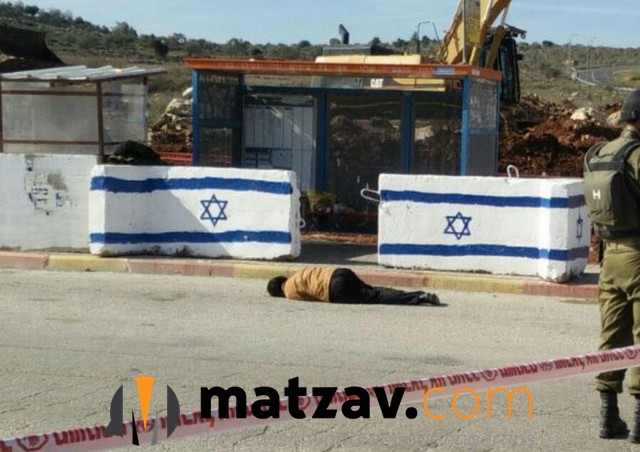 A Palestinian terrorist tried this morning to stab Israelis at the Tapuach Junction in Shomron. He was neutralized by security forces and no injuries were reported.

The terrorist – pictured on the ground in the photo above – has been identified as Ksamar Sirisi, a 51-year-old man from Jenin in the West Bank.

Immediately after the attempted terror attack, soldiers ran after the taxi that Sirisi exited.

Yesterday, a Palestinian terrorist armed with a knife attacked an Israeli and injured him in his torso at the Al-Fawar Junction. The terrorist was eliminated by security forces at the scene. Jerusalem Online 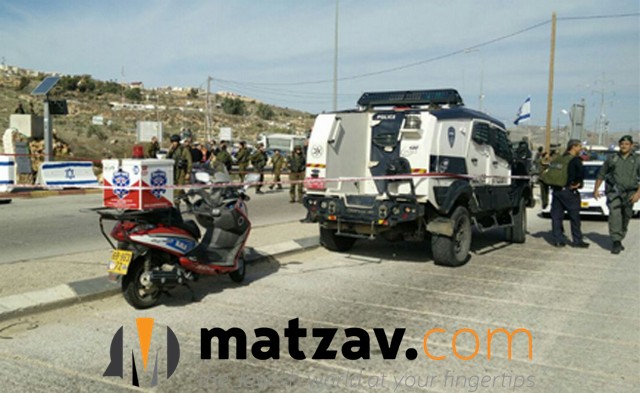