Amir’s eyes filled with tears when the minyan organized on his behalf early one morning last week at the Kosel broke out in a round of Siman Tov, u’Mazal Tov and pulled him into their circle of exuberant dancing.

The story began 50 years ago, when Ari was born to a Christian-Arab family in Nazareth. “My mother was Jewish,” he says. “My grandmother was born to a flourishing Jewish family in Poland that was wiped out during the Holocaust. She alone was spared because she hid under her bed at the time of the selektzia.

“My mother, her only daughter, married a Christian Arab and they had six children. A few years ago, one of my sisters returned to Judaism and cut off ties from her family. After a while, I also wanted to return to the religion of my fathers, but didn’t know how. Someone brought me the phone number of Yad L’Achim, and that’s how my relationship with ‘Abu Khader’ began.”

Abu Khader is the cover name for a Yad L’Achim staffer who is fluent in Arabic and helps second- and third-generation victims of assimilation return to Judaism.

Amir and ‘Abu Khader’ began learning the basics of Judaism in secret, and before long Amir decided to leave his Christian lifestyle. He also made it known that he intended to leave his non-Jewish wife and children and return to Judaism with a full heart.

Those fateful decisions paved the way to last week’s Bar Mitzvah celebration at the Kosel. A minyan of Yad L’Achim staffers and volunteers, headed by ‘Abu Khader,’ were on hand to help him with his tallis and mehudar tefillin, purchased for him by Yad L’Achim, and he was called to the Torah for the first time, at the age of 50.

Later, the procession went to the office of the Rav of the Kosel and Holy Sites, Harav Shmuel Rabinowitz, who warmly welcomed Amir and gave him a blessing.

Amir was very moved by his return to Judaism. “I’m aware of the fact that my family and other Arabs that I know could hurt me, but after I receive the necessary papers and am officially recognized as a Jew, I won’t care about anyone and will openly proclaim my Judaism. Who and what do I have to be afraid of,” he asked with pride.

“I want to live as a Jew and thank Hashem that I have returned to the religion of my fathers – which I love so much. For years I’ve wanted to return and now I know that I took the right step. After my Bar Mitzvah I went to see my mother, who kissed me and said ‘You made the right move. You need to be there not here.’ ”

Amir spares no words of praise for his moving Bar Mitzvah ceremony at the remnant of our Beis Hamikdash. “I felt that the Kosel was my place, my true home. The Yad L’Achim people and all of the other daveners who were there treated me like their brother and loved me unconditionally. I felt that this was my warm family. I’m still amazed by it all.”

Yad L’Achim said that the Bar Mitzvah is just a taste of more to come from the special unit headed by ‘Abu Khader’ that helps rehabilitate Jews who want to return to their people. “Yad L’Achim does everything to bring back these Jews and to help them with everything that is needed,” a senior official said. “We don’t give up on any Jew.” 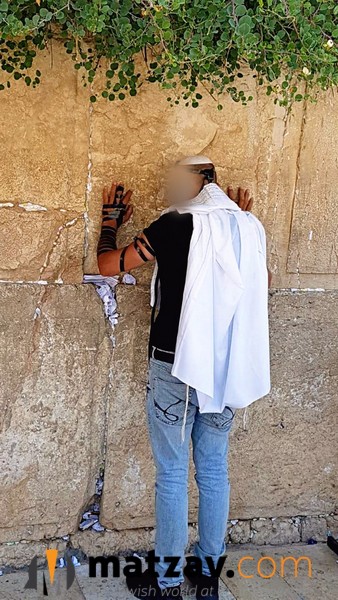 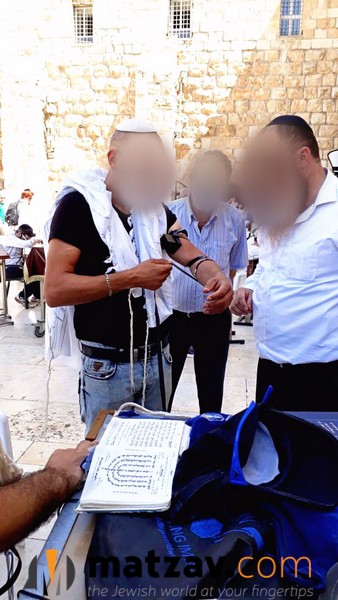