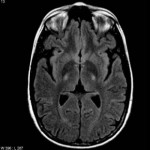 While people across the world – or at least those who post to YouTube – are taking the “ALS Ice Bucket Challenge,” and hopefully actually donating to the cause as well, Israeli research into a cure for “Lou Gehrig’s Disease,” is actually about to enter Phase II clinical trials in the US, according to Israel 21C.

Following the successful initial treatment of four advance-stage ALS patients at Hadassah Medical Center in Israel, BrainStorm, a company which focuses on stem cell treatments for neurodegenerative disorders including Parkinson’s disease and Multiple Sclerosis (MS), is hoping for similar successes in the American trial study.

“BrainStorm’s NurOwn treatment works by extracting stem cells from the ALS patient, adding chemicals to the cells until they are able to autonomously grow new neurons, then re-injecting the stem cells into the muscles and spinal region of the same patient,” according to Profs. Eldad Melamed and Daniel Offen of Tel Aviv University.

Among the four patients who received the treatment was an orthodox rabbi in Jerusalem who was treated in 2012.

Rav Refoel Shmulevitz was diagnosed with the disease in 2010 at Minnesota’s Mayo Clinic, and his disease had progressed to an advanced stage, constraining Rav Shmulevitz to a wheelchair and limiting his ability to speak and breathe. His condition was coupled with another rare disease, Myasthenia Gravis, and the resulting combination barred him from participating in clinical trials of NurOwn at Hadassah Hospital, where he was being treated. Instead, he was approved for so-called “compassionate treatment,” intended for patients with no hope for recovery from the disease.

“Within a few weeks following injection with NurOwn cells, the patient showed dramatic improvement in a variety of functions including breathing, speech, walking, muscular strength, and overall well-being,” said Professor Dimitrios Karussis at the time, a neurologist at Hadassah and the principal investigator of BrainStorm’s clinical trials, adding “While we cannot draw scientific conclusions based on the outcome of an individual patient, these results are extremely encouraging.”

On August 18th this year, BrainStorm said, the U.S. Food and Drug Administration approved the Mayo Clinic to produce NurOwn.

The firm indicated that they would work with the Mayo clinical team and “…begin enrolling subjects into its ongoing phase 2 study of NurOwn, which is designed to evaluate the safety and efficacy of the transplantation of NurOwn in patients with Amyotrophic Lateral Sclerosis (ALS).”

In July, “BrainStorm submitted to the American Food and Drug Administration (FDA) the results of three pilot manufacturing runs performed at the Mayo Clinic, each of which resulted in the production of NurOwn cells that meet the final product release testing acceptance criteria,” the firm said in a statement.