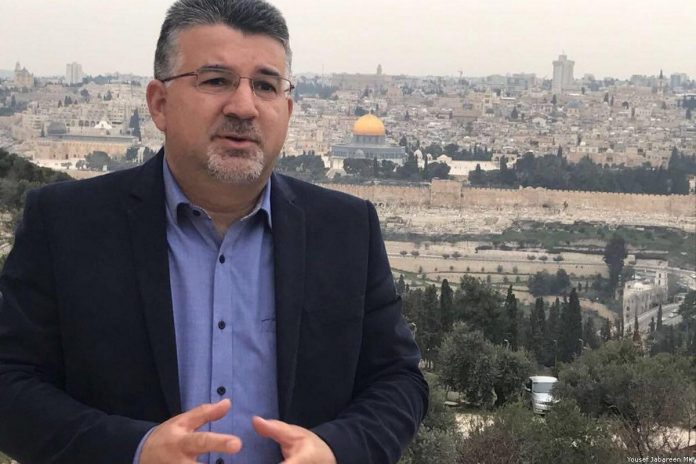 An Arab Israeli lawmaker rips Prime Minister Benjamin Netanyahu’s announcement earlier today that a site has been located in the Golan Heights for the establishment of a new community that will be named after US President Donald Trump.

“It is fitting for the American President Trump that a settlement whose establishment is illegal and contradicts international law will be named after him,” Hadash-Ta’al MK Yousef Jabareen writes on his Twitter account.

“Trump’s recognition of Israeli sovereignty on the Golan Heights is spitting in the face of the world. The transfer of Israeli citizens to the Syrian Golan is a war crime according to the International Criminal Court — a war crime in Trump’s name,” Jabareen adds.