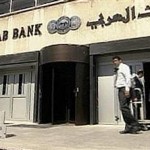 The first civil case against a bank under the Anti-Terrorism Act has found Arab Bank liable for knowingly supporting terrorists who were connected to 24 attacks in and around Israel. Arab Bank, which has $46 billion in assets, was shown to have supported Hamas by handling transfers and payments for the group’s members.

Arab Bank says it followed compliance procedures. According to legal analysts, the burden of proof on the 300 victims suing the bank was high. They had to not only prove the attacks were conducted by Hamas, and that the bank providing support was the “proximate cause.”

The legal impact of the case could be widespread, as it holds banks accountable for client actions. Read more at the New York Times.