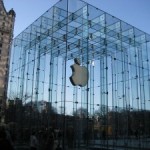 Israeli Mac fans will be getting a sweet bite of the Apple for the new year: The technology giant will soon open their first official store in Israel as a duty-free shop at Ben-Gurion airport, Israel’s NRG News reports.

Apple plans to open the “store-within-a-store” concept as part of the local A.L.M. chain in about two weeks; the goal is to open the doors before the local launch of the iPhone 6, and company officials said they plan to feature the full range of products.

There will be one Apple employee, along with the A.L.M. staffer to market the merch.

A few weeks ago it was announced that Apple planned to open a local sales and marketing office, led by Nir Ayalon, who, in recent years, was in charge of Israel operations from their London headquarters. Ayalon has also worked at the company’s offices in Herzliya.

Apple’s opening of a representative office in Israel bodes well for the firm, particularly for laptop sales, which haven’t been a runaway success due to relatively high prices, few outlets, and a lack of qualified service centers.

In recent years, competitors Samsung, LG, Asus and Toshiba have replaced some local importers, and have invested more heavily in marketing and managed to speed up launching devices in real-time with the rest of the world. In addition, opening a formal branch operation locally creates a continuous contact stream with the corporate headquarters.

Apple attaches importance to the Israeli market, especially in research and development, where it employs 600 people in its offices in Ra’anana, Herzliya, and Haifa.

The company has long been concerned about the Hebrew versions of its products, so that, apart from its Os computer operating system, iPhones and iPad, it also launched the Hebrew-language word processor, Pages, and is the only one (as opposed to Google and Microsoft) that offers music and movie downloads for Israelis.

No word yet if the fanboyz’ are hauling out the folding chairs and thermoses to prepare for waiting on line at the Apple duty-free shop.