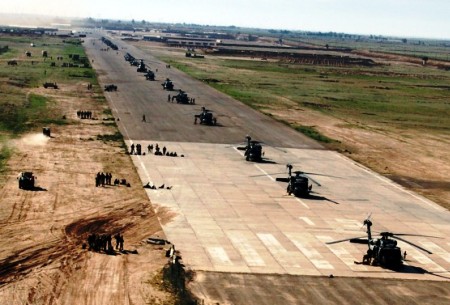 Any U.S. strike against Syria is “likely to last hours not days” and probably would not come before the British Parliament votes on military action Thursday, a senior U.S. defense official told Fox News.

Sources tell Fox that a strike would be led by the U.S. Navy and its assets positioned in the Eastern Mediterranean and that it would be limited in scope.

The details about how a strike could unfold come as the administration builds its case for possible intervention in Syria, in response to an alleged chemical attack against civilians there last week.

Four U.S. Navy destroyers are in position, along with at least one nuclear-powered submarine. A British submarine is also available if Britain’s Parliament approves military action.