A. Spell the numbers out:

They are in ascending order, based on the number of letters in the spelled-out numbers. A correct response will have nine letters: 96, for instance. A cleverer answer is “one googol.” That’s the huge number that can be written as a “1” with a hundred zeros after it. Google, the company’s name, was originally a misspelling of “googol.”

2. You’re in a car with a helium balloon on a string that is tied to the floor. The windows are closed. When you step on the gas pedal, what happens to the balloon—does it move forward, move backward, or stay put?

A. The near-universal intuition is that the balloon leans backward as you accelerate. Well, the intuition is wrong. Your job is to deduce how the balloon does move and to explain it to the interviewer. 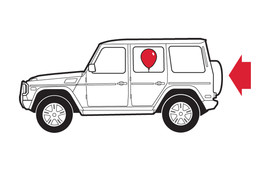 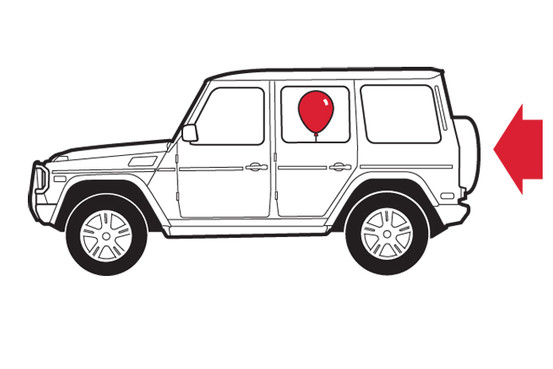 When you step on the gas pedal, what happens to the balloon?

One good response is to draw an analogy to a spirit level. For the not so handy, a spirit level is the little gizmo carpenters use to make sure a surface is horizontal. It contains a narrow glass tube of colored liquid with a bubble in it. Whenever the spirit level rests on a perfectly horizontal surface, the bubble hovers in the middle of the tube. When the surface isn’t so level, the bubble migrates to the higher end of the tube. The takeaway here is that the bubble is simply a “hole” in the liquid. When the surface isn’t level, gravity pulls the liquid toward the lower end. This pushes the bubble wherever the liquid isn’t— toward the opposite end.

Untie the helium balloon and let it hit the moonroof. It becomes a spirit level. The balloon is a “bubble” of lower-density helium in higher-density air, all sealed in a container (the car).

Gravity pulls the heavy air downward, forcing the light balloon against the moonroof.

When the car accelerates, the air is pushed backward, just as your body is. This sends a lighter-than-air balloon forward. When the car brakes suddenly, the air piles up in front of the windshield. This sends the balloon backward. Centrifugal force pushes the air away from the turn and sends the balloon toward the center of the turn. Of course, the same applies when the balloon is tied to something; it’s just less free to move. The short answer to this question is that the balloon nods in the direction of any acceleration. 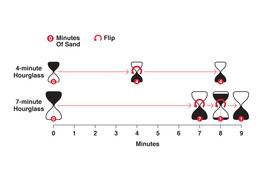 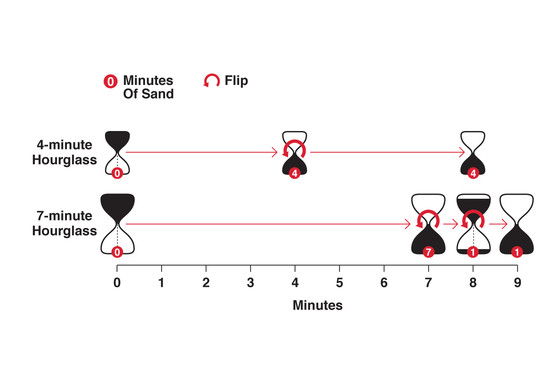 4. A book has N pages, numbered the usual way, from 1 to N. The total number of digits in the page numbers is 1,095. How many pages does the book have? 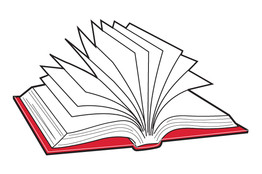 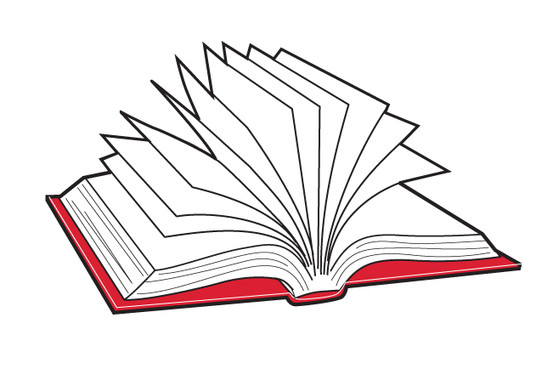 How many pages does the book have?

A. Every page number has a digit in the units column. With N pages, that’s N digits right there. All but the first 9 pages have a digit in the tens column. That’s N – 9 more digits.

All but the first 99 pages have a digit in the hundreds column (accounting for N – 99 more digits).

This can be simplified to:

5. A man pushed his car to a hotel and lost his fortune. What happened?

A. He was playing Monopoly.