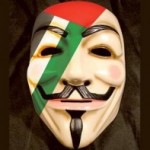 Hacker group Anonymous boasted that it succeeded in disabling more than 5,500 Twitter accounts belonging to Islamic State activists, according to media reports.

Alex Poucher, a spokesman for the group, told Russia Today on Tuesday: “Our capability to take down ISIS is a direct result of our collective’s sophisticated hackers, data miners, and spies that we have all around the world. We have people very, very close to ISIS on the ground, which makes gathering intel about ISIS and related activities very easy for us.”

The hacker group, he added, has in its electronic arsenal tools that “might be better than any world government’s tools to combat ISIS online.”

Poucher told the Russian network that Anonymous hackers are of a higher caliber than Islamic State, which has its own hacker network.

“They picked a fight with Anonymous when they attacked Paris, and now they should expect us,” Poucher told RT. Anonymous “will not sit by and watch these terror attacks unfold around the world.”

On Monday, the group released a video win which it said it was launching “the biggest operation ever” against IS

In the clip, a speaker wearing the stylized Guy Fawkes mask that came to symbolize the group says that Anonymous has already put IS in its crosshairs after the Charlie Hebdo attack in Paris in January.

“During the attacks of Charlie Hebdo, we had already expressed our determination to neutralize anyone who would attack our freedom. We’ll be doing the same now, because of the recent attacks.

“Expect a total mobilization on our part […] We do not forgive, we do not forget – expect us,” the speaker says.

Reacting to the video on Monday, Islamic State dismissed Anonymous as “idiots” and offered to guide supporters around the world on how to defend themselves against cyber-attacks.

A recent report in Foreign Policy magazine said before the Paris attacks, Anonymous had already brought down some 150 IS-linked websites.