Thousands of Israeli police and military forces climbed a windy hill today with plans to finally demolish Amona, a hardscrabble Israeli settlement that the supreme court has deemed illegal because it was built on privately owned Palestinian land.

The demolition of Amona and the eviction of its 40 families has been more than a decade in the making. By the afternoon, Israeli security forces headed towards a violent showdown with residents, hundreds of their youthful supporters and right-wing politicians.

Last month, after the Israeli court’s eviction order was postponed one last time, the government announced it had reached an agreement with the settlers – a hefty payout and promises of another spot on the same hillside in exchange for a low-key, peaceful move.

But, as the days wore on, residents of Amona saw no new community being built for them and there were additional legal petitions by Israeli human rights groups on behalf of private Palestinian individuals who claim to own that land too.

The agreement broke down and today the army gave the settlers 48 hours to leave peacefully.

It also comes as the Israeli government hails the arrival in the White House of President Donald Trump, who they pray will end decades of U.S. criticism of settlement construction on land the Palestinians want for a future state. They expect Trump will give Israel a freer hand to build where it wants in the West Bank.

In an attempt to calm the situation, ministers promised the dismantling of Amona would bring renewed settlement building in the West Bank. Last week, Netanyahu and Defense Minister Avigdor Lieberman announced that 2,500 new homes would be built in the West Bank. Today, in anticipation of the Amona confrontation, they promised thousands more.

“This is a very difficult day, we have tried and tried to prevent this from happening but now we are watching 40 families being evicted from their homes,” said Justice Minister Ayelet Shaked, from the Jewish Home party, in an interview with Israeli news site Walla! “But we need to remember that this terrible day will eventually bring about new building in the West Bank.”

Shaked also highlighted her party’s efforts to pass a bill that would retroactively legalize Jewish settlements, such as Amona.

But political promises did little Wednesday to douse the anger of hundreds of young activists who had overnight trudged up the hillside, running through police blockades and braving freezing temperatures, to protect Amona’s residents and slow down the demolition.

Inside Amona, young Jewish men and women hunkered down inside abandoned houses, barbed wire strung up around doors and windows. Through the windows, they screamed at police officers “shame on you, this is the land of Israel.” Some called the soldiers “Mohammed,” after the Muslim prophet.

Others activists covered the main road into the settlement with rocks, oil and nails to prevent military vehicles from entering. They pelted police with rocks and one police officer was taken for medical treatment.

Israeli police spokesman Micky Rosenfeld said a force of about 3,000 police and soldiers were involved in the evacuation, which would be carried out in several stages. First, removing non-residents, including the activists, then removing residents currently barricaded in homes and finally, when the area is secure, demolishing the structures.

Meanwhile, politicians from Netanyahu’s coalition, some of whom also climbed the hill, exchanged blame over how this crisis had reached a breaking point. In a live broadcast, Knesset member Oren Hazan from Netanyahu’s Likud party fired off at fellow parliamentarian Bezalel Smotrich, from the Jewish Home party, accusing his party of giving false hope to the people in Amona and telling the party to resign from the government.

Today’s chaotic scenes from Amona appeared to be a replay of 2006, when the Israeli army came to raze nine homes in the settlement. Back then it took a battalion of soldiers and police officers in riot gear to clear the buildings and ended in a bloody melee. Hundreds of protesters were wounded, many from baton blows and horse hoofs. Three legislators were among them. About 80 security force members also were injured.

The 2006 Amona evictions came after an intense summer in 2005 when Israel withdrew its troops and citizens from the Gaza Strip. More than a dozen settlements were demolished that summer and residents violently resisted and were eventually removed by the Israeli military.

Today, however, police arrived on foot and were unarmed, with no horses or riot gear. After weeks of training on how to deal with this situation, security forces seemed to be patient and willing to talk or negotiate with the residents and their supporters for a peaceful resolution. 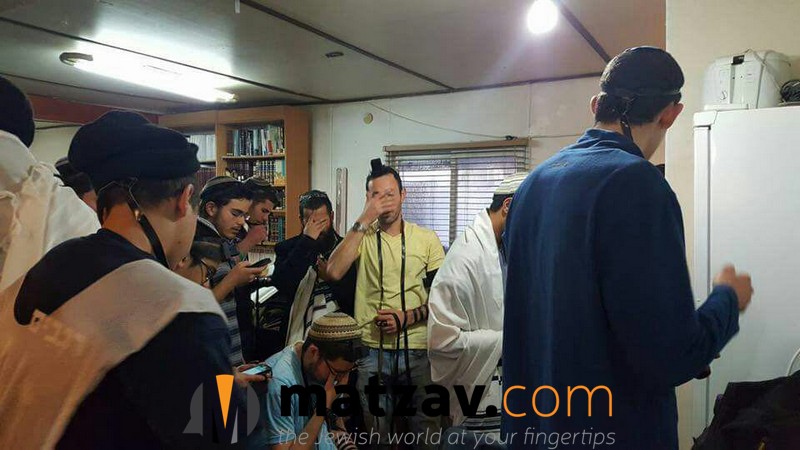 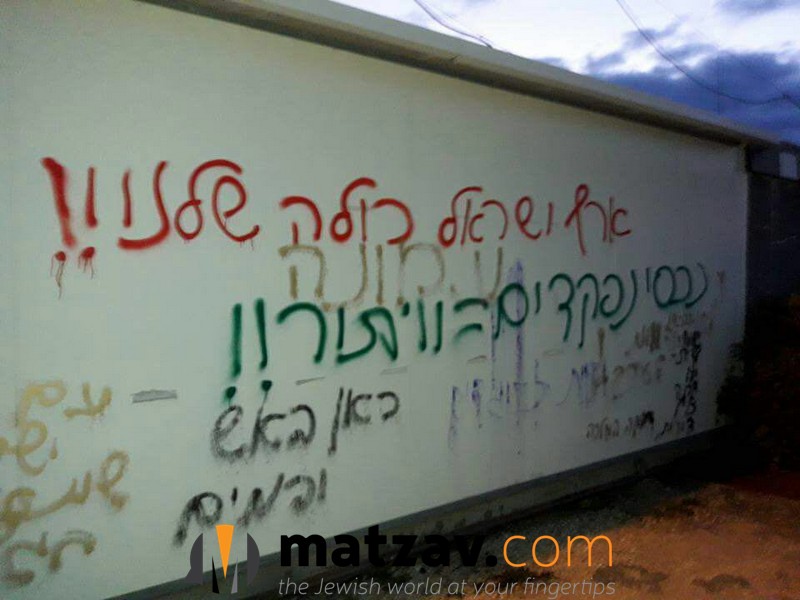 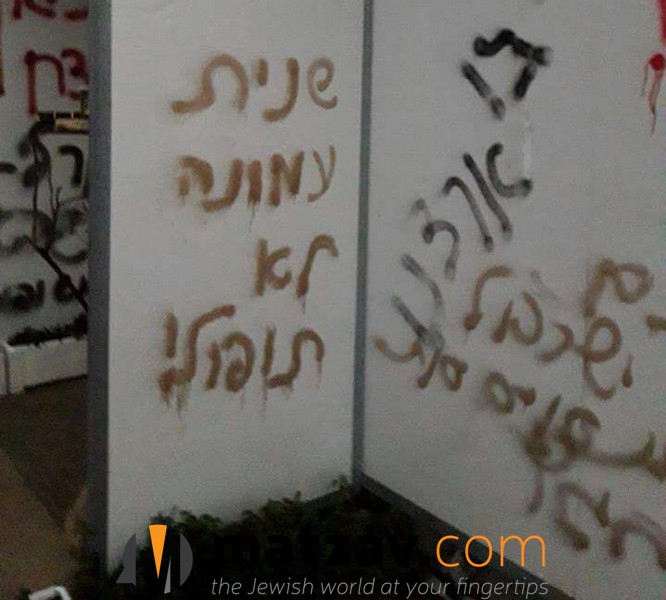 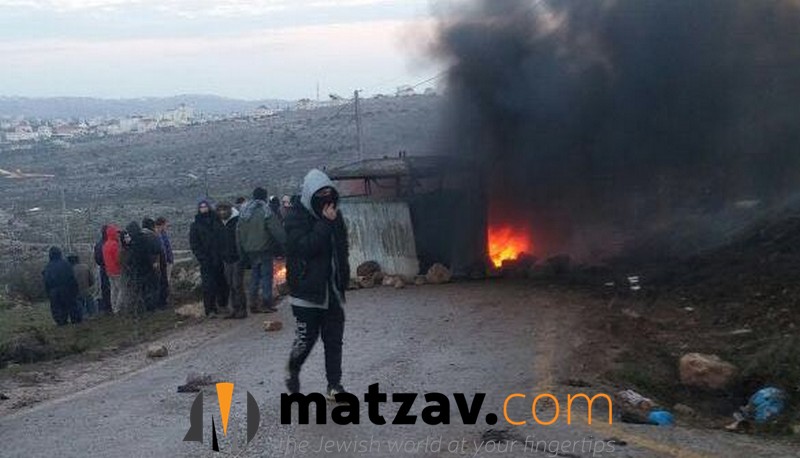 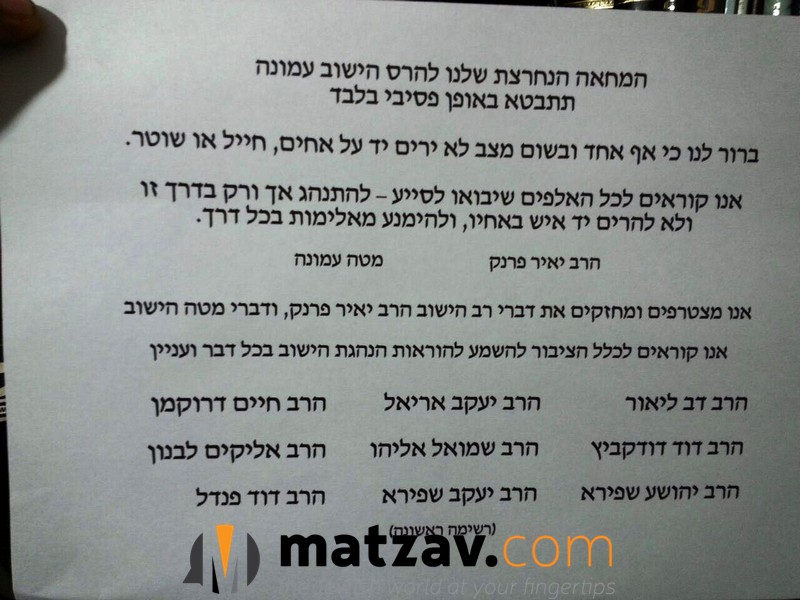 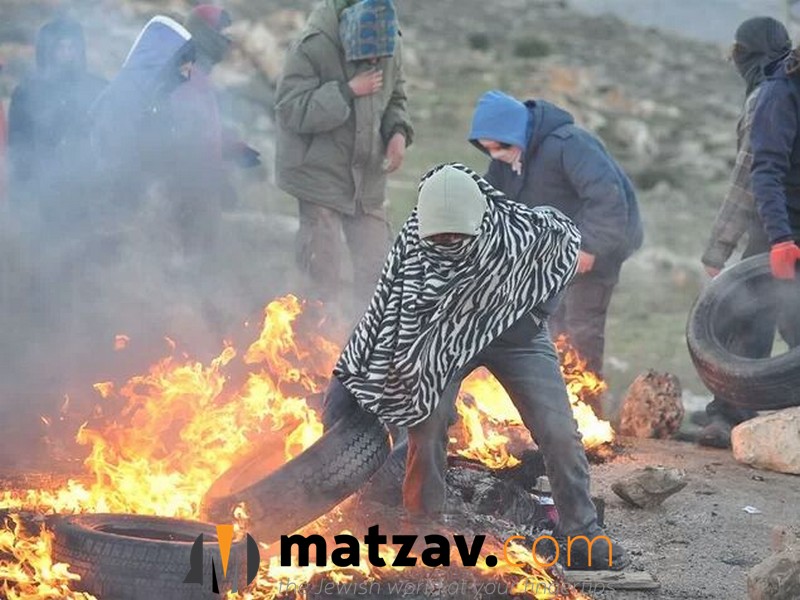 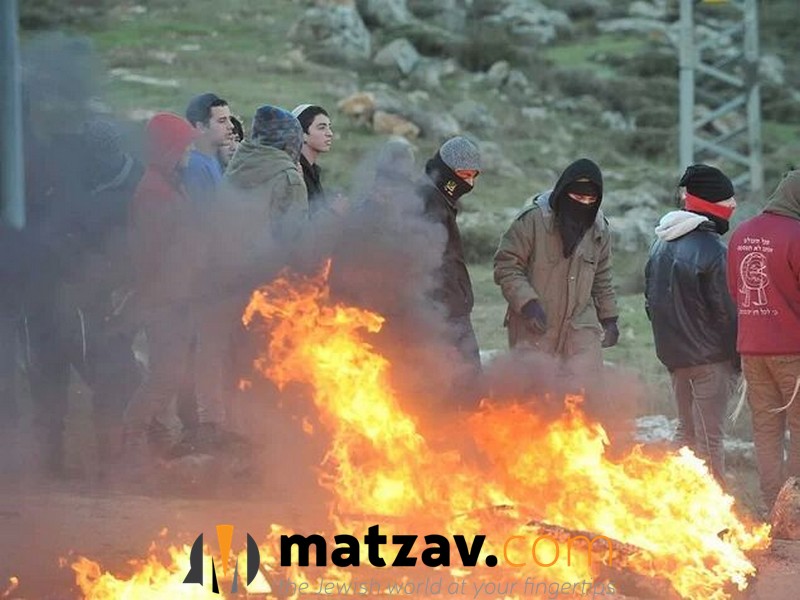 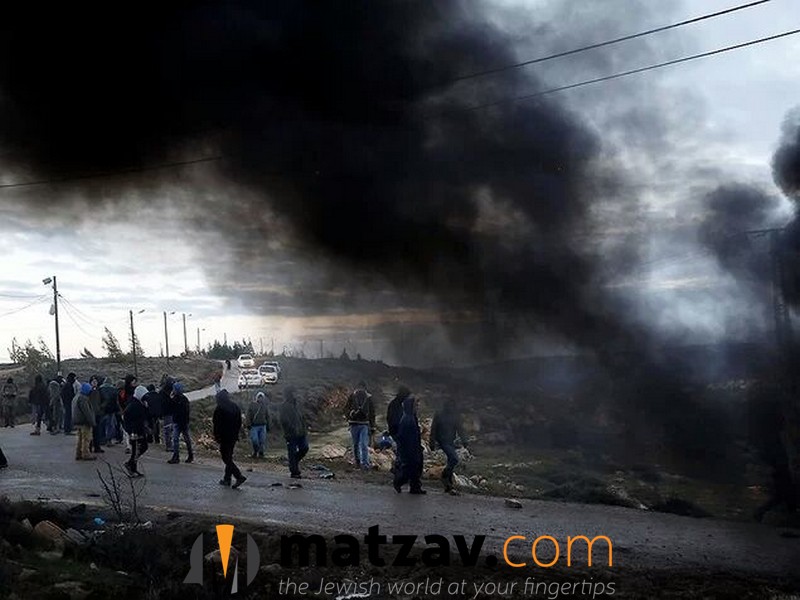 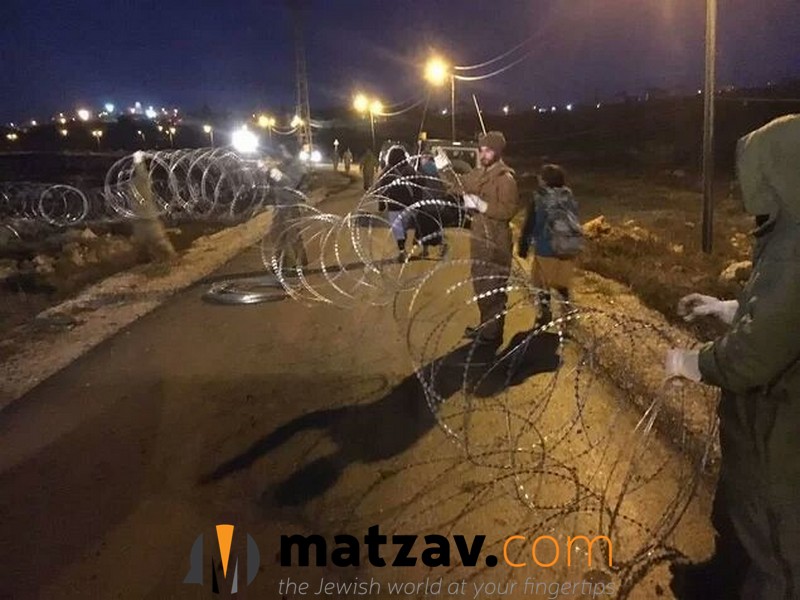 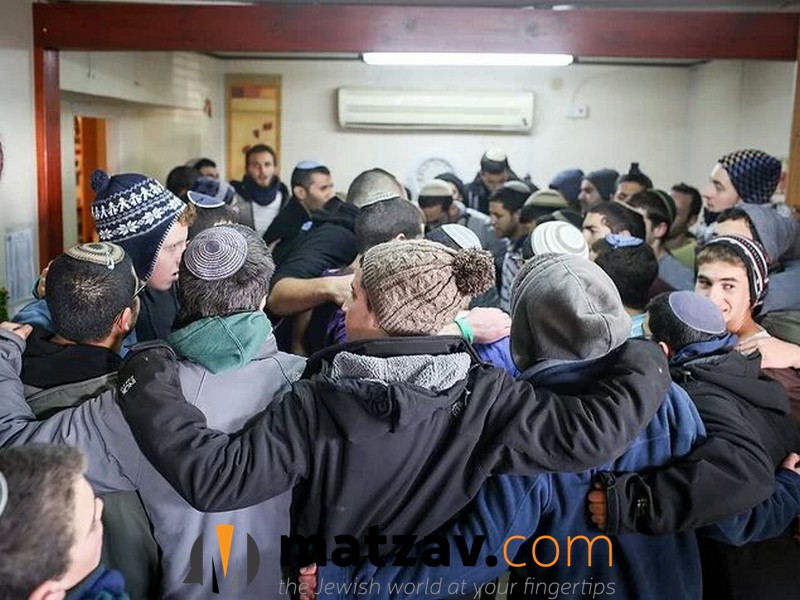 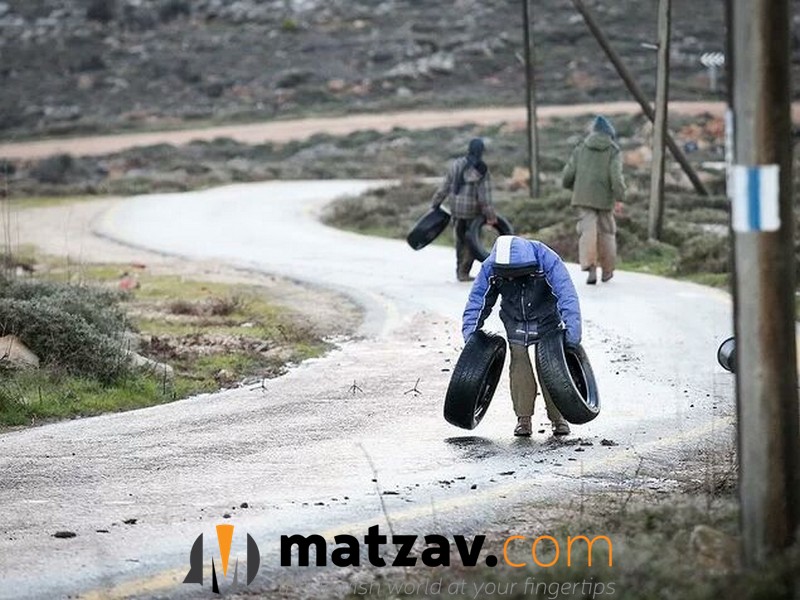 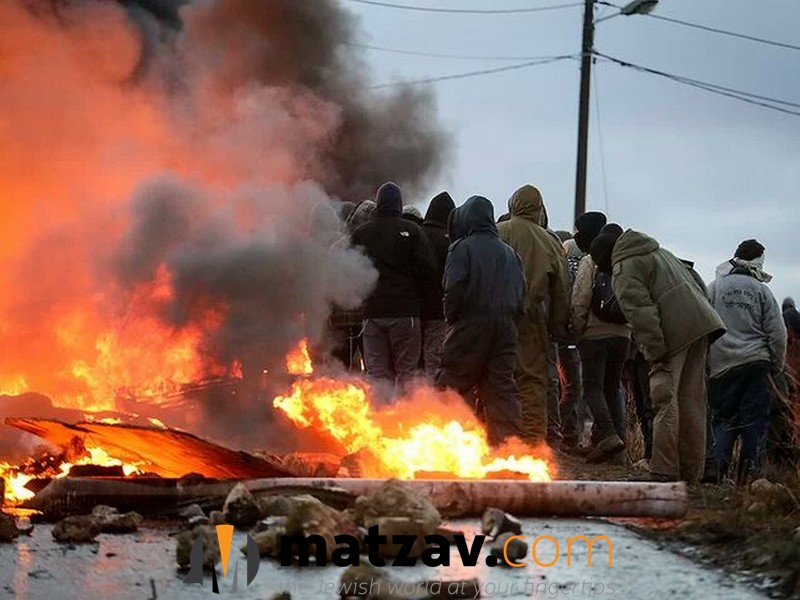 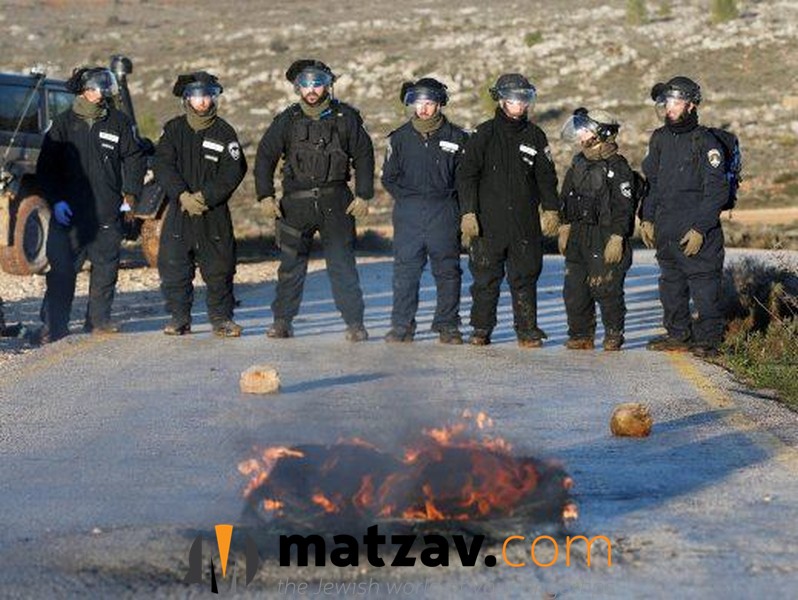 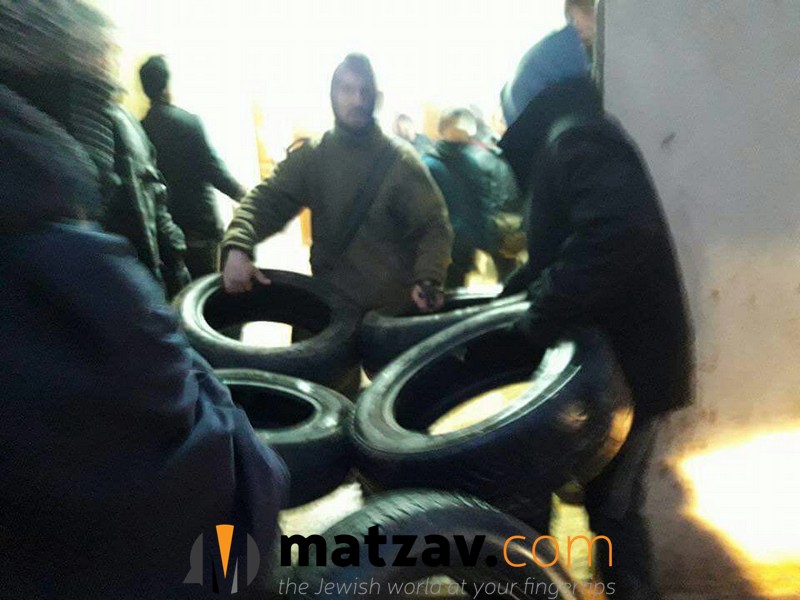