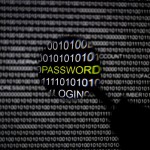 According to an AP investigative report, security researchers in California claim they found that cyberattackers—possibly Iranian hackers—have opened a pathway into running the U.S. power grid.

Researcher Brian Wallace told reporters he found that a group already had access to passwords and engineering drawings of power plants. One was titled: “Mission Critical.”

Wallace said he found drawings so specific that experts say attackers could use them to knock out electricity to millions of homes.

The AP reports that at least a dozen times in the last 10 years, foreign hackers have had enough access to control operations and networks that power American systems.

In a separate report, U.S. officials told The Wall Street Journal that Iranian hackers managed to breach the control system of a Rye, New York, dam in 2013, in a previously undisclosed attack. Read more.