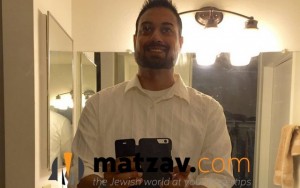 Sayeed Farook has been identified as one of the suspected gunmen in the Wednesday morning shooting at the Inland Regional Center in San Bernardino, California, according to CBS News.

Two gunmen killed at least 14 people and wounded at least 17 others, before being killed after a police chase. The shooting occurred at about 11 a.m., and the suspects were shot at about 3 p.m. after a police chase that began at a home in Redlands, California, and ended with a shootout in San Bernardino.
A woman was also killed with Farook, police said. She has not been identified. Witnesses said there were three shooters, but police are not sure if there is another gunman on the loose.According to NBC News, Farook’s brother was also involved in the shooting.

Farook is citizen of the United States, NBC News reports. It’s not known if the man and woman were related or how they knew each other.

Here’s what we know so far about Farouk and the shooting:

1. Farook Was Possibly Identified by a Witness at the Shooting Scene

The shooting occurred during a Christmas party being held by the San Bernardino County public health department, which had rented a room at the Inland Regional Center.

A man named Syed Farook is listed as a state employee who works as an environmental health specialist in San Bernardino.

Another state employee with the same name works for the Board of Equalization in Norwalk as a business tax representative.

The name was used on police broadcasts as a possible suspect in the moments after the shooting. A witness said he had left the party and returned with another person and began shooting.

At about 11:40 a.m., an officer told dispatchers a witness said a male left the building “out of the blue,” and 20 minutes later the shooting started. The witness said he matched the physical description of one of the shooters and was acting nervous before leaving.

The Los Angeles Times, citing federal law enforcement sources, says one of the gunmen may have been at the Inland Regional Center earlier in the day and after leaving angrily, returned with one or two other men.

The New York Times is also reporting the shooting may have been related to a workplace-dispute.

Police say they have not confirmed a motive for the shooting and would not comment on the reports.

2. His Father Says Farook Was ‘Very Religious’ & Was a Health Inspector

Farook’s father, who was not named, told the New York Daily News his son was Muslim and “very religious” Muslim, who would leave work to pray and then go back.

He told the newspaper his son was a health technician, inspecting restaurants and hotels for the health department.

“I haven’t heard anything. He worked in a county office,” Farook’s father told the Daily News. “He’s married and has a kid. We’re estranged because my wife got the divorce, and they are together. She doesn’t want to see me.”

2. Police Chased the Suspects’ SUV & Exchanged Gunfire With Them

Police Chief Jarrod Burguan said two suspects, a man and a woman, were killed during a shootout at the end of a police chase. Officers following leads went to a house in Redlands, California, about 15 minutes away from the shooting scene, and saw a vehicle matching one suspected of being involved in the shooting. Officers followed the vehicle and a chase began. At the end of a chase, officers were fired upon by the suspects in the car, and returned fire.

Burguan said the suspects, wearing “assault-style” tactical clothing and armed with assault rifles and handguns, died at the scene. A suspicious device, possibly an explosive, was found near the car, according to police. A possible explosive device was also found inside the Inland Regional Center, police said.

Police said the suspects fired at officers from the vehicle, and the officers returned fire. The SUV was riddled with bullets, and both of the suspects were killed.

A police officer was also wounded during the shootout, but is expected to survive.

Police then began searching the neighborhood around where the chase ended, looking for a possible third suspect.

Police served a search warrant at a home in Redlands, California, the Redlands Daily Facts reports. The home is near Center Street and Pine Avenue. The house is where the police chase began.

The house is about 15 minutes away from the shooting scene at the Inland Regional Center.

The gunmen were armed with “long guns” and the shooting occurred for several minutes. “They came in with a purpose, with an intent to do something,” Burguan said. There have been reports the gunmen were wearing masks and military-style outfits, but Burguan said they are not sure exactly what they were wearing.

Police said the gunmen were “dressed and equipped in a way” that showed they were prepared, according to the witnesses.

4. The FBI Says They Have Not Ruled Out Terrorism

After initially saying there were no indications of terrorism, the FBI said Wednesday night that they have not ruled out a connection to terrorism. The FBI spokesman would not give an more specifics.

“I am not willing to go down that road just yet,” said David Bowdich, the head of the FBI’s Los Angeles office, at a press conference. “We will go where the evidence takes us.”

5. Police Found ‘Suspicious’ Items Inside the Building & After the Police Chase

According to police, suspicious items, possibly explosive devices, were found both inside the building after the shooting and in the vehicle after the police chase.

Police officers responding to the chase and shootout said there appeared to be at least one pipe bomb in the vehicle, according to scanner audio.