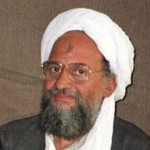 Al-Qaeda terror leader Ayman al-Zawahri has released a new audio message titled “To Unite for the Liberation of Jerusalem,” in which he criticized Israel’s “attacks against the al-Aqsa mosque” and called for more terrorist attacks against the Jewish state and the U.S.

“Muslims around the world have learned about the Jewish attacks on the Blessed al-Aksa Mosque,” he said in the video, praising ongoing Palestinian stabbing attacks against “the Jews.”

He also discussed a larger strategy toward “liberating Palestine.”

“First is striking the West and especially the U.S. on its own soil, and attacking their scattered interests in every place. The supporters of Israel must pay with their blood and economy. This will be their price for supporting Israel’s crimes against Muslims and Islam,” he said, the Jerusalem Post reported.

To achieve this goal, Zahwari called for more large-scale, mass terror attacks such as the ones Al-Qaeda carried out on September 11, 2001, or the train bombings in London and Madrid. He also called for “the founding of an Islamic State in Egypt and the Levant, in order to mobilize the nation for the liberation of Palestine.”