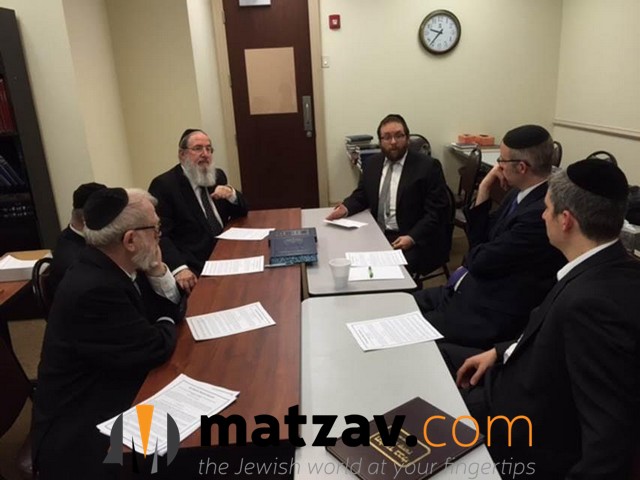 Last week, the Agudath Israel New Jersey office hosted a meeting with several rabonim from the Edison/Highland Park community and Chayim Aruchim, a division of Agudath Israel which deals with end of life issues.

At the meeting, R’ Eliezer Gewirtzman, posek for Chayim Aruchim, discussed with the rabbonim several halachik questions that arise when dealing with end of life issues and crucial information that Rabonim need to be aware of when giving guidance on these matters.

Also discussed was the “Aid in Dying for the Terminally Ill Act”, which would permit qualified patience to self-administer medication to end their life in a “dignified” manner. Agudath Israel has testified before Senate committees and met with individual senators expressing our strong opposition to the bill. Brouch Hashem, the bill has not moved forward.