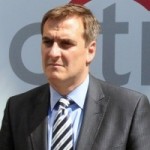 New York Senator Michael Gianaris vowed on Tuesday to introduce legislation barring the state from doing business with corporations or individuals engaging in the movement to boycott, divest from and sanction Israel (BDS).

Gianaris — whose district represents swaths of the Queens New York borough — said the law would be the most comprehensive legislative measures taken to confront the BDS movement in New York to date, and it follows similar legislation in Illinois, South Carolina and Ohio.

South Carolina’s law, signed by Govenor Nikki Haley in June, does not mention Israel specifically by name, but prohibits state entities from contracting with businesses that boycott those based in or doing business with an area with which the state enjoys open trade.

The Illinois law more specifically required state entities to unload investments in companies known to be engaging in a boycott of Israel, while Ohio’s law was similarly fashioned on South Carolina’s law, and is still awaiting a final vote.

“With anti-Semitism on the rise both at home and abroad, it is critical that we confront this hatred at its inception and send a strong message that New York will stand against discrimination. Cloaking anti-Semitism in a shroud of false pretense will not obscure intolerant and hateful motives,” said Gianaris, in a statement to the press.

Many BDS activists claim the movement is a nonviolent attempt to target Israel’s military and settlement policies in lands mostly claimed by Palestinians for a future state, though the movement is often criticized for effectively opposing the existence of the Jewish state in its entirety.

Israeli Prime Minister Benjamin Netanyahu has called for a wide front to combat BDS, and many in the pro-Israel community have worked to counter the movement, including American billionaire pro-Israel activists Sheldon Adelson and Haim Saban. Presidential candidate Hillary Clinton has said fighting BDS must be a “priority.”

The statement also noted a 21% increase in reported antisemitic attacks in New York last year, which is according to the Anti-Defamation League.