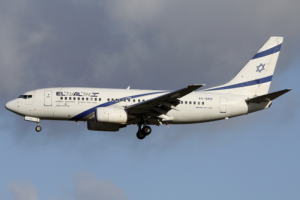 Flights between Israel and France continued as usual over the weekend, despite the state of emergency declared in France following the series of deadly Islamist terrorist attacks in Paris on Friday, which included closing the country’s borders.

Major delays were noted at Charles de Gaulle Airport in Paris, as well as in smaller airports across France, over the tight border controls imposed. Only a handful of European airlines and two American airlines cancelled flights scheduled to arrive in Paris on Saturday.

Israel’s El Al Airlines announced its flights to and from France would continue as scheduled. The company further said that it will assist Israelis who are currently in France and wish to return to Israel, offering a special $350 one-way fare and suspending revision charges for passengers who wish to change tickets bought for dates up to Nov. 29.

Arkia Airlines announced a similar move, offering a $220 one-way fare to Israelis seeking to return to Israel on its Sunday flights. A statement on Arkia’s website said the company would announce additional policy on Paris tickets’ changes and cancellations “as developments allow.”

Air France said that it would not change its flight schedule.