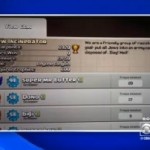 The Anti-Defamation League called on the Chicago Public Schools to take action against student harassment in the classroom and online, after Chicago’s CBS 2 exposed how the video-game app ‘Clash of Clans’ was being used by students to create a virtual “Jewish Incinerator.”

“Their one goal is to gather all the Jews, put them in an army camp and dispose of them,” the mother of a harassed Jewish student said.

Lonnie Nasatir, from the Anti-Defamation League office in Chicago, told CBS 2: “I was shocked to see such outright hate that existed. And we were taken aback by the type of language used and the fact that they were rewarding people for agreeing with such and awful, awful position.”

CBS 2 followed up its original expose on the school’s hate speech crisis with another report last week about the growing “outrage” by local parents on social media “over this anti-Semitic online gaming group.”

CBS 2 said: “According to the 14-year-old victim, he was verbally attacked at Ogden International School by classmates for months. His mother tried to help her son cope with verbal attacks, but contacted school officials after discovering some of the students were further attacking her son and all Jewish people through a popular video-game app called Clash of Clans. She says they even created an anti-Semitic gaming group to play.”

Lisa Wolf Clemente, the victim’s mother, said, “So I look down, I see it says Jewish Incinerator with their one goal is to gather all the Jews, put them in an army camp and dispose of them.”

“I’m 42-years-old. I’m not new to this world. I didn’t become Jewish yesterday,” she said. “I felt naive and shocked. We are in the year 2014. Really? At a school that my son has gone to? And I shake because I watched this group grow literally from four. Kids were just joining and joining.”

The ADL’s Nasatir said he urged Chicago Public Schools to make this a “teachable moment” by bringing in anti-bias facilitators and Holocaust survivors to talk with the students and faculty at Ogden. A school spokesperson said they welcomed the opportunity to discuss that with the ADL.