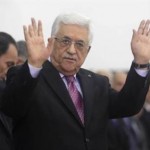 Reacting to a number of high profile sales of Palestinian homes to Jewish organizations in East Jerusalem, Palestinian Authority President Mahmoud Abbas has toughened the penalty for citizens selling property to Israelis.

According to the official Palestinian Wafa news agency, Abbas on Monday imposed a sentence of hard labor for life on “anyone diverting, renting or selling land to an enemy state or one of its subjects.”

Palestinian government and civil society reacted angrily to the recent acquisition of 26 apartments in the Jerusalem neighborhood of Silwan by Elad, an Israeli foundation dedicated to the settlement of Jews in the historic City of David.

On Sunday night, Jews entered 10 apartments in two buildings bought by another Israeli nonprofit, Ateret Kohanim, in a different part of the neighborhood.

The Palestinian Ma’an news agency reported the buildings were sold by their owners to a man named Shams al-Din al-Qawasmi, who sold them to Jewish groups.

An Ateret Kohanim spokesperson said the nonprofit facilitated the purchase on behalf of an overseas company called Kudram. Haaretz reported the purchases were made through a straw man.

In the closing statement of a conference Monday night, Fatah’s Revolutionary Council accused Palestinians who sold their Jerusalem Palestinian properties of “high treason,” calling on the government and legal system to “take the necessary steps to deter them.”

The movement also called on the public to “boycott and humiliate them on all popular levels.” Abbas’s decision was issued immediately afterward.

“Those whose sick souls allowed them to sell their land or homes, or enable such sales to the enemies of the Palestinian people, are a gang of traitors to their nation and religion,” said Fatah spokesman Osama al-Qawasmi in a statement published by Wafa. “They have brought shame and scorn upon themselves in this world and in the afterlife.”

“One would rather die than sell his honor and betray the most sacred land in the world, saturated with the blood of prophets and martyrs throughout history,” he added. “Those traitors are destined to die a humiliating death.”