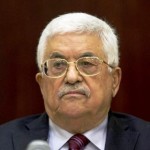 The violence has come due to “the despair of young Palestinians over the lack of a political horizon for the two-state solution, the [Israeli] invasion of the Al-Aqsa Mosque, and the continuation of settlement building and military checkpoint deployment,” Abbas said in a speech in Ramallah on Monday.