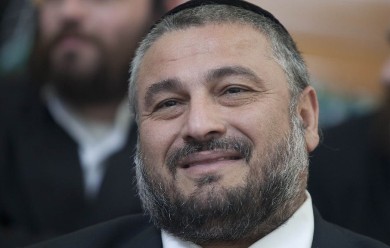 In the dark of night in Israel, the Torah world is rejoicing over the news that incumbent Mayor Moshe Abutbul has won the Bet Shemesh mayoral elections by approximately 950 votes.

The turnout today greatly exceeded the turnout during the original mayoral elections on October 22, 2013 – by some 7% in Beit Shemesh, and 13% in Nazareth.

The decision to call new elections in Beit Shemesh was reached by the Jerusalem District Court in December came after Attorney General Yehuda Weinstein and secular mayoral candidate Eli Cohen, who lost to Abutbul of the Shas party by a narrow margin in October’s election, appealed the results over allegations of widespread fraud.

Police had discovered hundreds of identity cards in an apartment and car believed to belong to Abutbul supporters, as well as a cache of clothing that apparently served to disguise individuals who voted multiple times on election day. Investigators suspected that Shaya Brand, an associate of Abutbul, had organized a plan to identify nonvoters and pay them for their identity cards, so that Abutbul supporters could use them to cast fraudulent ballots.

Shas maintained that Abutbul’s victory was legitimate, claiming the judges had been swayed by a media smear campaign.

Further details of today’s election will be forthcoming, but clearly, the victory by Abutbul will be seen as a victory of the Torah community and those who espouse Torah ideals.