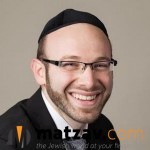 After acting like a stranger towards his brothers and then interrogating them, Yoseph finally revealed his identity to them. Overcome with shame, his brothers were unable to respond. They had no idea that the Viceroy of Egypt was their very own brother – whom they had tried to kill. The question begs to be asked; the brothers had met with Yoseph several times on their mission to buy food and they engaged in lengthy debates with him. The ten brothers noticed that Yoseph possessed unusual strength and charisma. Additionally, they were surprised at how much he knew about them. Had it never occurred to them that perhaps this man was none other than Yoseph?

A blind spot in a vehicle is an area around the car that cannot be seen by the driver. A Scotoma is a term used in psychology referring to a mental blind spot in which a person’s eyes can see an object, but the brain can’t perceive it. For example, someone looking for his car keys checks a drawer in which he’s certain they will not be found, will most likely look right past the keys. Even though his eyes can physically see them, his certainty does not allow the brain to recognize the keys.

Yoseph instantly recognized his brothers after a 22 year long separation because he was expecting to see them. He knew his brothers would eventually have to come to Egypt to buy food. The brothers, on the other hand, were not expecting to see Yoseph at all and certainly not as the second in command over the land of Egypt. Furthermore, they subconsciously did not want to see their younger brother, whom they sold as a slave, in a position of power over them. It would mean that his dreams were indeed true and they made an error in their decision. Until the man said, “I am Yoseph” they were not able to recognize him despite numerous clues as to his real identity.