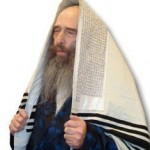 Recently the world was shocked by the terrible acts of murder by terrorists, making governments debate on what approach can best eradicate this phenomenon, whether by increasing the monitoring of weapons or by other ways.

But really there is no doubt that the media and various technology, are key factors to this grave situation, as is clear from the research that a large percentage of the murderers are inspired by violent movies which they have seen before.

We can learn from this about the damage which affects anyone viewing all the bad things on the Internet, especially leading to the three serious sins: idolatry, immorality, and bloodshed. This is one of the schemes of the Yetzer Hora, to create conditions that cause a person to lose his distaste from evil, that as a result, the passage of time slowly blinds the person from seeing its harshness, thus affecting even those to whom it at first appeared as unacceptable and vile evil, eventually they may do these acts themselves.

And that was the intention of the Greeks and their assistants the Hellenists in the era of the Hasmonean. They set up places of entertainment hotels, boxing rings, and theaters in Israel that showed them all kinds of abominations and immoralities. They established a stadium, which would host a rammed-bull versus a slave show, as they watched with pleasure as the bull sheds the slave’s blood. The Greeks intended it to attract the children of Israel to their culture, spending time filling evil passions of the human soul.

It is simple to explain what we find in the days of the Hasmoneans that the Greeks insisted that the Jewish people “write on the horn of the ox that you have no part in the God of Israel.” Why did they want it to be imprinted explicitly on the horns? The main underlying reasons for those shows were to ultimately proclaim one’s exclusion of the Jewish nation. The Torah teaches us our mission in the world which is to distance ourselves of all wickedness and immorality. Therefore, the Greeks purposely wanted it on the horns of the ox, which was their symbol of culture and epitome of evil.

When the Hasmoneans won the battle against the Greeks, it was the power of the impure and wicked against the holy force of the Torah. This was when the mitzvah of lighting the Chanuka candles was conceived, because the candles symbolize the Torah and the commandments, they illuminate human life as it is written, “Ner Mitzvah v’Torah Ohr”. Instead of looking at impure things, look at the holy candles and their impact will go a long way, for we become that what we see. The things a person watches and looks at, strongly affects his way of thinking and overall behavior.

In these days it is especially important to improve in this aspect, thus decreasing habits of interacting with modern technology devices, which are full of blunder, evil, and immorality. Instead, we must focus to utilize this time with studying and practicing the Holy Torah. Many times when I ask people to have Torah classes each day, they reply that they are busy and do not have time, but really they themselves spend much time watching nonsense which is useless and time-consuming. Now is the time to awaken and stop this bad habit and start taking advantage of free time to engage in Torah which gives deep joy and enlightens mankind, thus meriting an abundance of blessings from Hashem.