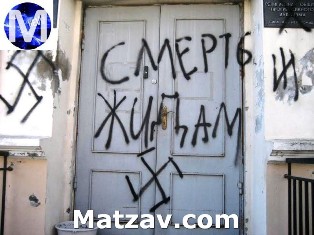 By Roman Mokrinsky SIMFEROPOL, Crimea – Two weeks after the fall of the regime in the Ukraine, and as the flow of reports on Russian military advancement in the Crimea intensifies, the situation in the region continues to remain unstable and flammable. The interim government in the Ukraine has issued new laws, many of them with a nationalistic orientation, creating unrest in the Russian speaking regions in the country. Many of these ethnic Russians in the east of the Ukraine fear the new regime and aspire to be annexed by Russia. These citizens go to sleep every night not knowing in which country they will wake up in the next morning. Russian President Vladimir Putin has effectively invaded the Crimea under the pretence that he is doing so to protect the ethnic Russian there from Ukrainian nationalism, and now the world’s attention is focused on the key peninsula. The residents of the Crimea don’t know what to expect from the government in Kiev, and these latest developments have not left the Jewish community in the Crimea untouched. As always in history, when a region experiences strife and instability the first to come under threat are the Jews there, as the lack of a central government enables the violent expressions of anti-Semitism. Tazpit News Agency has interviewed two of the leaders of the Jewish community in the Crimea, and has learned of their precarious state. Dina Liebman, director of the local Hillel house in Simferopol, told Tazpit of the general deterioration of their security state. With that, she stressed that no Jewish organization has ceased to be active. “We have cancelled our larger plans due to the situation, but we have continued on with our smaller programs, like volunteering with children in dorms and working with the elderly,” said Liebman. “I haven’t sensed a change in the local population’s attitude towards us. I feel that everyone is prepared to support each other and extend help if needed, regardless of ethnicity.” However, Anatoly Ganadin, Chairman of the Jewish communities’ organization in the Crimea, has recently experienced anti-Semitism in Simferopol. On February 28th, the day after the fall of Yanukovych’s rule, Ganadin went to the ‘Ner Tamid’ synagogue in city and found it defaced with anti-Semitic graffiti; swastikas and ‘Death to the Jews’ slogans were sprayed across the façade. “This is the first such incident in the past twenty years. To vandalize the synagogue you have to scale a 6.7ft wall. Now we do not leave the windows closed so that we will not be shattered, and we have asked our members not to come to religious affairs out of fear for their safety,” Ganadin said. Is there a threat of rising anti-Semitism? “Unfortunately, anti-Semitism has always been a part of life here,” Liebman explains, “It’s not wide spread and is not a political line of any party. We are not fearful of possible upcoming pogroms. Of course, any expression of anti-Semitism is unpleasant and serious. Its true Simferopol has not experienced anti-Semitic graffiti in the past twenty years, but other cities have. I think such expressions of anti-Semitic and nationalistic sentiments are not a result of the latest developments. It’s simply a few individuals who have decided to express themselves as the country is in a stormy state,” said Liebman. “We are not fearful of the Ukrainian nationalists, because they will not be successful in the Crimea. No one will let them in,” Ganadin pointed out. As the Ukraine has split into pro-Russian and anti-Russian camps, the Jewish community remains unified. “I am sure there is not fissure within the Jewish community on this issue,” says Liebman, “No head of community has voiced his opinion on the subject and has tried to influence his community in any way. We have asked our members to stay calm and to stay away from provocations.” The State of Israel and Jewish organizations from around the world have sent support to the Jewish community in the Crimea. “Israeli representatives in the Ukraine are offering anyone eligible to immigrate to Israel to do so in a quickened process. Our community has received funds to install a new security system and to hire armed security personnel. We now have guards. The parliament is making an effort to maintain public order. Volunteers patrol the city,” Ganadin told Tazpit. Which way will the Crimea go and how will its Jews be affected? Ganadin believes that the Crimea is de-facto Russian, and will officially be so in a week’s time. All that is left is to hope the Jews of the Crimea will fare well during the impending storm. Tazpit News Agency