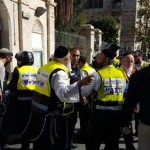 As a result of the current terror wave in Israel, 8,000 Israelis have been diagnosed with post-traumatic stress disorder (PTSD), the Israel Trauma Coalition (ITC) said on Wednesday.

“We call terror victims [suffering from trauma] the ‘transparent injured,’ because we don’t see them. The circle of injury is so broad that the circles of support need to be large as well,” Levanon said.

For every Israeli killed or wounded, according to ITC’s study, there will be 27 witnesses to the attack that will need PTSD rehabilitation. Of those who are treated immediately, 87 percent will recover quickly, Israel National News reported.