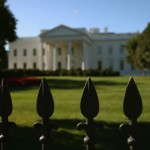 According to federal prosecutors, the man who jumped the White House fence on Shabbos had more than 800 rounds of ammunition in his car. Omar Gonzalez, 42, had also been arrested in July with a sniper rifle and a map that had the White House marked. Even more shocking, he was stopped, but not arrested, back in August while walking past the White House with a hatchet.

Relatives told the AP that Gonzalez suffers from post traumatic stress disorder and needs treatment. His sister said he is a kind, gentle man scarred by war. Gonzalez enlisted in the Army in 1997, served until 2003, and then re-enlisted in 2005 and retired in 2012, having served in Iraq from October 2006 to January 2008, the Army said. Read more.