The names of four of those killed in today’s tragedy, when Mehadrin bus #402 from Yerushalayim to Bnei Brak collided with a truck on the side of the road on Israel’s Highway 1, have been released.

They are three bochurim, Yaakov Meir Cheshin (27) of Yerushalayim, Yisroel Weinberg (26) of Yerushalayim, Levi Yitzchok Amdadi (17) of Yavniel, as well as Mrs. Chana Pesha Frankel (23) zichronam livrachah. It is not yet clear if there are additional victims.

The collision took place near the Latrun Interchange, between Ramle and Modiin.

Yaakov Meir Cheshin z”l (pictured above) was 27. He lived with his parents in Ramot, Yerushalayim, and had previously learned at the Nadvorna Yeshiva in Bnei Brak and was close to the Nadvorna Rebbe zt”l. Over the past few years, he learned at the Breslover Kollel in Meah Shearim.

His friends say that Yaakov Meir was an outstanding ben Torah, with special middos, and a noble personality, which endeared him to family and friends. He was on bus #402 en route to a simchah in Bnei Brak, and spent the bus ride immersed in his learning.

Yisroel Weinberg z”l, 26, was also headed to a simcha in Bnei Brak. A resident of the Shmuel Hanovi neirghborhood of Yerushalayim, he studied at the Slonimer Yeshiva.

Chana Pesha Frankel a”h was a daughter of the Biala-Ostrovtsa Rebbe. Her husband, a son of Botshaner Rebbe, was with her and survived the crash.

An initial investigation shows that the bus driver, who was lightly injured and was interrogated by police, apparently did not notice the truck on the side of the road, leading to the collision, with six people killed and dozens injured to varying degrees. 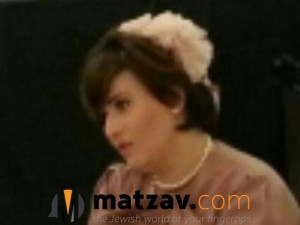